The airport is an essential transport link in the Persian Gulf. With over 90 million passengers travelling through the hub annually, it was essential that tunnelling work was completed whilst the airport was in operation.

A tunnelling team from International Foundation group worked under the direction of Dubai Aviation Engineering Projects to bore three sections, 610m, 765m and 825m in length, for a new stormwater drainage tunnel.

The sections were tunnelled beneath the airport’s taxiways whilst aeroplanes moved overhead, preparing for departure. 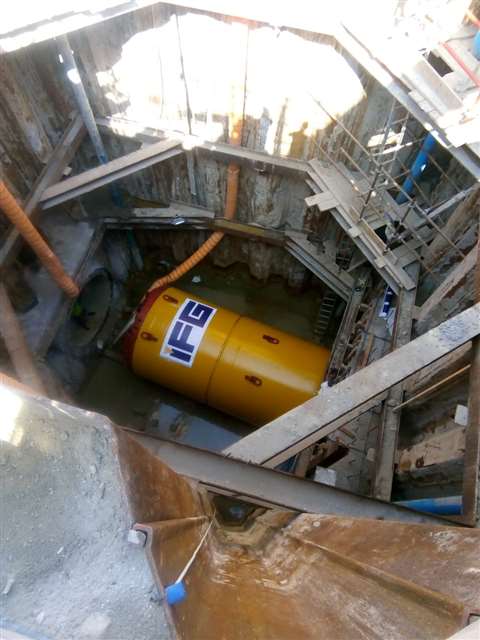 The Herrenknecht machine worked at depths of up to 15m

The project was carried out using the pipe jacking method (a trenchless method of installation in which a hydraulic jack drives the bore head forwards) and a Herrenknecht AVN micro tunnlling machine with a 3m diameter.

The micro-tunneller worked at depths of 13 to 15m and pushed through up to 15m of ground each day to excavate the tunnel.

In total 2200m of tunnel was bored as the team broke through soft soils, sandstone and siltstone.

The new pipelines that were put in place will collect and drain away rainwater, so it can no longer accumulate on the surface – crucial to maintaining smooth flight operations.