US$1 billion for Montréal Metro 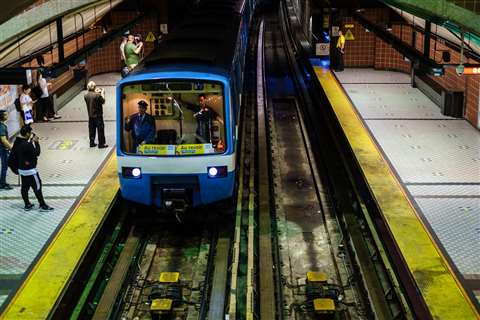 Canadian Prime Minister Justin Trudeau has pledged funding of US$1 billion for the extension of Montreal Metro’s Blue line in Québec, Canada.

The project will add an additional five stations to the Blue line and extend the line by 6km to a total of 8km.

The line will link the current Saint-Michel station to the Anjou station. The funding will also extend to building two new bus terminals and a park-and-ride facility.

The Candian government say that 17,000 residents will benefit from the extension, which will also lower daily commute times, reduce the number of cars on the road, and contribute to a greener Montreal.

François-Philippe Champagne, the Minister of Infrastructure and Communities, said, “Through projects like this, we are building a greener future for all, while encouraging the use of sustainable transportation and reducing the number of vehicles on the streets of Montréal.”

Trudeau said, “By investing in the Blue line extension, we’re making a real difference in the lives of families, while creating good jobs and building a greener Montréal. Our government is working hard to support projects like this – projects that make our communities better – right across the country.”

Prior to the Blue line project, through the Public Transit Infrastructure Fund, the Government of Canada has invested more than US$562 million in a total of 313 public transit projects in the province of Québec.