Wind farm developer OX2 has made an application to construct an offshore wind farm in the Baltic Sea, some 20km from the Swedish island of Gotland.

Wind turbines of the proposed Aurora wind farm would be the tallest ever built at up to 370m. Photo: Adobe Stock

The Aurora wind farm could contain as many as 370 wind turbines with a combined capacity to generate up to 5.5GW of electricity.

The proposed farm could produce some 24 TWh of electricity per year; this equates to the average consumption of 5 million Swedish households, or approximately 17% of the energy consumption of the entire country.

If Aurora gets the green light, it will become the largest single offshore wind farm in the world, as the UK’s Dogger Bank array, with a capacity of 7.2GW, is actually a group of four separate wind farms.

The turbines proposed by OX2 would also be the largest ever built, with a maximum height of 370m.

The total value of the project is estimated at just over €17 billion and, if the construction application proves successful, OX2 says it expects the wind farm to be completed by 2030.

At that point, the farm could have the capacity to reduce Sweden’s carbon emissions by approximately 14 million tonnes a year.

OX2’s Hillevi Priscar, said, “Together with our other planned offshore wind farms, Aurora constitutes a significant part of the electricity production Sweden needs to reach the climate targets and to secure energy independence.” 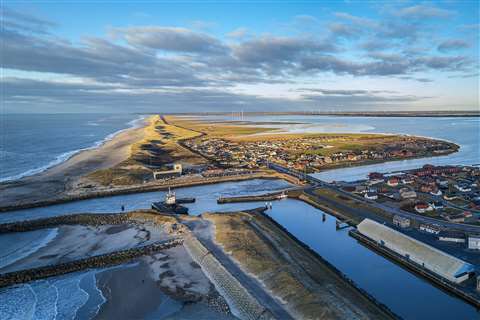