Construction work is underway on a new shipbuilding facility at the port of Kiel in northern Germany.

Within the scope of the contract – valued in the high double-digit million-euro range – Strabag subsidiary Züblin will construct a submarine production facility and a seven-storey administrative building for thyssenKrupp Marine Systems.

Züblin says the project is expected to require 17,000 m³ of concrete, close to 4,000 tonnes of reinforcing steel and 2,500 tonnes of steel for supporting structures within the halls.

The seven halls for the submarine production facility will be equipped with steel platforms all around, supplemented with mobile scaffolding in the lower area.

Large steel girders will be anchored for the two gantry cranes in each hall.

In addition to the measurement, control and regulation systems for the building automation, the shipbuilding halls are to be equipped with complex ventilation technology in the form of a high and medium vacuum system for the extraction and filtering of welding gases and dusts.

Work on the structure of the administrative building began in October, with the pouring of a 1m-thick floor slab.

The project is scheduled to be completed by the end of 2023, with further construction expected to follow at the shipyard.

Project manager Tim Rengers of Züblin Stuttgart, said, “Some of the more demanding tasks of this project include the heavy steel construction work and the extensive building services engineering. The biggest challenge for the construction team, however, is certainly the tight schedule for completing all the work.” 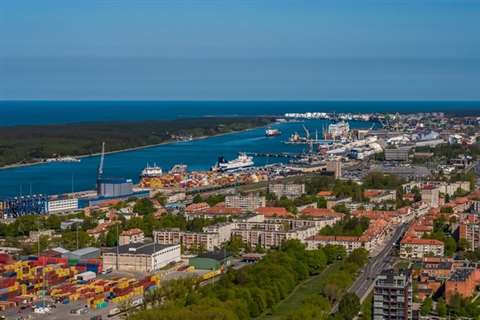