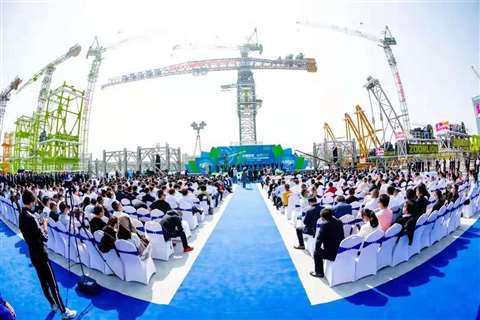 Crane and construction equipment manufacturer Zoomlion has launched what it claims is the world’s largest top slewing tower crane.

The 450 tonne capacity W12000-450 flat top was first shown in the iron at the company’s factory in Changdu, Hunan Province, China. 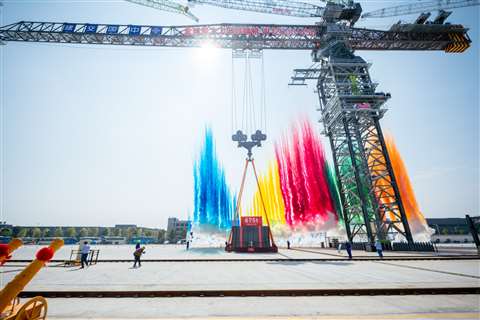 The new Zoomlion W12000 450 giant flat top tower crane lifts 450 tonnes. It is pictured at the factory in China having completed a 675 tonne overload test

Rated at 12,000 tonne-metres, the manufacturer said it is the first top slewing tower crane with a maximum load moment greater than 10,000 tonne-metres. Maximum lifting height is given as 400 metres and it weighs 4,000 tonnes.

That first unit is destined for a project in China to build the Changzhou-Taizhou Yangtze River Bridge. It will be the world’s largest road and rail cable stayed bridge and will include two roadways and a rail line.

Explaining it as a pioneering achievement, Tang Shaofang, vice president at Zoomlion and general manager at the Zoomlion Construction Hoisting Machinery Company crane division, said, “In the absence of structural patterns to follow, we re-established a calculation platform for structural rigidity, stability and modal analysis.”

On top the new giant, sprouting from the mast above the main crane’s jib is a 32 tonne capacity Zoomlion L500-32 luffing jib auxiliary crane. This alone is a 6,700 tonne-metre crane with a maximum 60 metre jib at the end of which it can lift 21.48 tonnes.

More details will be published as they become available. 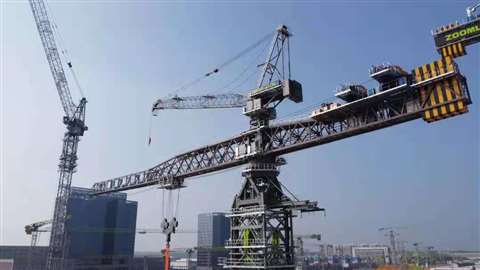 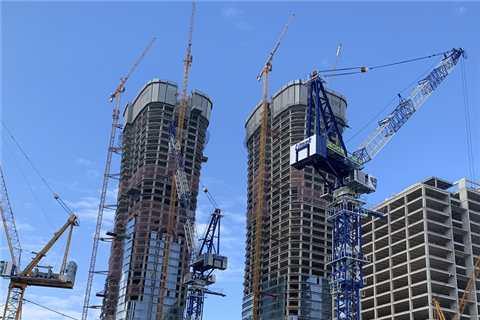 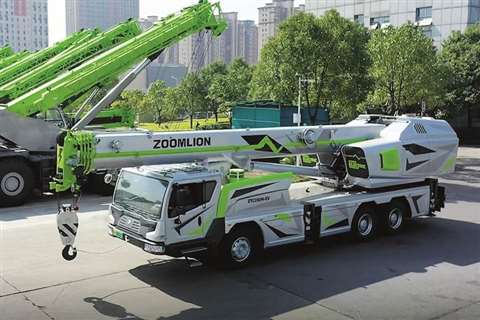