Al Faris has delivered a tug boat, complete with pontoons, to a jetty in the Hatta region of Dubai in the United Arab Emirates.

The heavy transport was carried out as part of the Hatta Pumped Storage Hydro Power Plant (PSHPP) project, claimed as the first clean energy project of its kind in the Arabian Gulf region.

Al Faris transported multiple loads, weighing up to 56 tonnes, from a shipping yard at Hamriyah port in Sharjah through the Hajar Mountains to a jetty the Hatta Dam. The journey also incorporated a changeover of equipment, which was carried out a at a temporary location along the way.

The company used Goldhofer hydraulic multi axle and self-propelled trailers with up to 8 axle lines.

The transport convoy, which had clearances of just 100 mm in some places, had to negotiate bottle-neck turns, restricted heights due to power cables and steep roads with angles of up to 23 degrees through the Hajar Mountains. Loose gravel on the mountain roads also required the transport team to clear and compact the ground ahead of the transport vehicle, to prevent it from sliding.

Al Faris described the project as being critical in nature due to the steep and uneven terrain, which required specialized techniques, equipment and experienced staff.

The PSHPP project is part of the Dubai Clean Energy Strategy 2050. Designed to store and use water from the existing Hatta dam, the PSHPP will be used to generate up to 250 megawatts of electricity during periods of high demand. 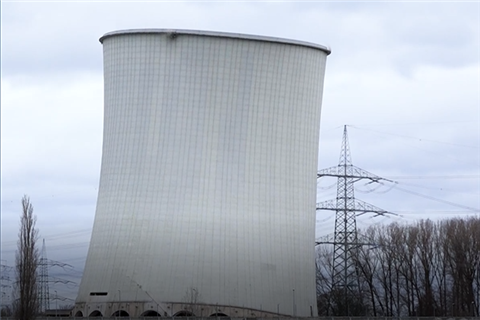