The system was designed in-house by ALE’s R&D department with the aim of providing a cost-effective solution to jack-up heavy modules on sites where either space, or time to do the job, is restricted. 16 towers have already been used in Kuwait to jack-up hundreds of pipe rack modules more than 5 metres high.

The four new towers will be delivered to ALE’s UK branch where they will be used on a number of forthcoming bridge projects. They bring the total amount of towers in the Group’s global fleet to more than 20. 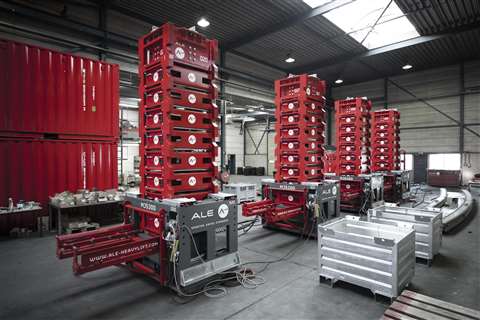 ICSA guidance for wind work
New guidance from ICSA on the use of wheeled mobile cranes for wind turbine erection
Latest News
Mini excavators: new tech and alternative power
An increasingly common piece of equipment on construction sites, demand for mini excavators is growing across many worldwide markets