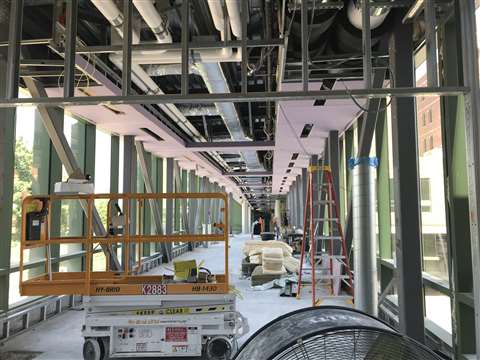 All Aerials supplied a total of 87 aerial access platforms for the project, including 50 Hy-Brid Lift units

All Aerial, a division of All Crane, supplied 50 Hy-Brid Lift platforms as part of an 87-piece aerial platform rental deal for a construction project at the Akron Children’s Hospital Considine in Ohio, USA.

The project, which was led by contractor Welty Building Company, comprised the construction of a seven storey 21,000 sq m (230,000 ft) addition to the hospital building that almost doubled its size.

Zac Kasparek, All Aerials sales manager, said, “Tom came to me asking specifically for Hy-Brid compact scissor lifts. The lifts offered the capacity for two workers but were still compact, lightweight and easy to operate. Since all the different trades would share the lift, Tom and I knew Hy-Brid offered the ultimate versatility.”

The rental company, which also provided additional specialised units by other brands for mezzanine level tasks, said the lifts were used as part of Welty’s Integrated Project Delivery (IPD) strategy. The strategy, which fosters teamwork and reduces project costs, involved the conservation of resources by sharing them among the various trades on site.

The IPD strategy involves all project partners, including owners, contractors and trade partners, becoming stakeholders in the project and seeing each one profiting from the project’s successes and sharing in the cost of failures. 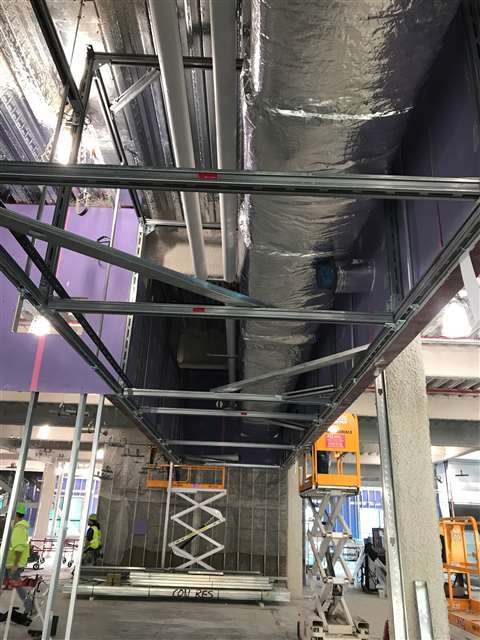 Conti said, “It’s a win-together teamwork mentality. In IPD, everyone, from the architect to the trade partners, recognises that working for one common goal will result in a successful project and, more importantly, a happy customer.”

The working strategy requires initial planning sessions during which all project stakeholders, including architect, engineers and trade partners, pool ideas and experiences to design the project and develop a plan for its successful completion. These meetings increase with frequency as the ground-breaking approaches and continue through a project’s stages.

Upon its appointment to the project, All Aerials also became a stakeholder in the project and attended the planning meetings.

The Akron Children’s Hospital Considine project finished more than a month ahead of schedule and saved $27 million in costs.