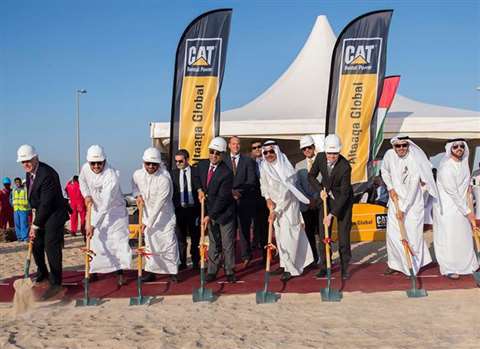 The 40000 m2 plot will house Altaaqa’s head office, an asset monitoring and control centre, a training centre, an equipment servicing centre, and recreational areas – together serving as the hub for the company’s worldwide operations.

The ground-breaking ceremony was led by Altaaqa Global chairman, Fahad Y Zahid, and was attended by company executives, personnel and guests.

Mr Zahid said, “Once completed, the headquarters will propel Altaaqa Global to the position of a global operator with its own resources to manage, maintain and service its assets in-house, shortly after its inception.

“The facility will also give the company the means to control its global footprint from a single, central station. With a professional and passionate team, eager to serve and provide vital power on demand, we are enthusiastic about Altaaqa Global’s future, and our ability to expand into many countries where electricity is scarce and in high demand.”

Steven Meyrick, board representative at Altaaqa Global, added, “Immediately following this ceremony, we will begin construction of the first totally dedicated Caterpillar IPP facility in the world.”