America leads the way in d&ri100

A decade on from arguably the worst financial crisis in a lifetime, demolition looks to be converting some of the optimism attributed to it in the past 12 months into real money. That is the verdict from this year’s d&ri100, the annual snapshot of the leading demolition contractors by turnover. With a combined turnover of more than US$6.4 billion (all figures quoted in this article are in US$), the companies making up this year’s list recorded their highest figure at any time in that decade, a whole $1 billion higher than the level of four years ago and almost $300 million greater than 12 months previously. The only way, it would seem, is up. 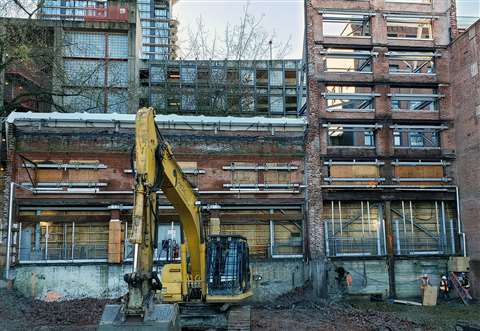 The redevelopment of Vancouver, Canada, helped Pacific Blasting & Demolition break into the top 100 for 2019 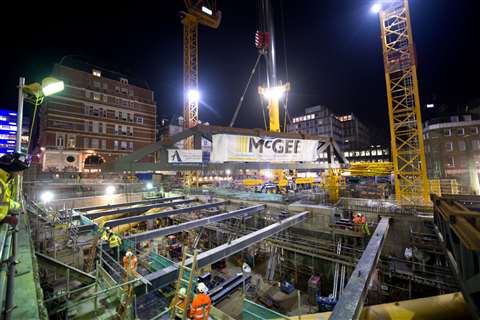 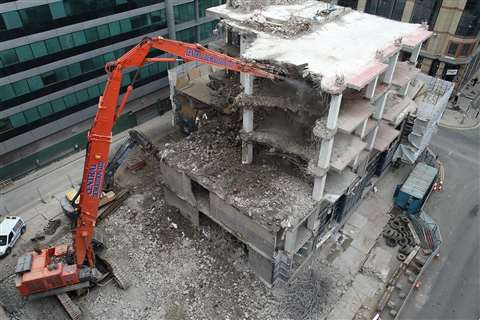 Central Demolition completed several projects in Scotland in 2018 and invested around £2 million (US$2.6 million) in its fleet

Probing further, it was North America that made the difference. With many of the companies involved declaring their figures at a time that coincided with the mid-point of President Trump’s term of office, demolition as well as construction looks to be seeing the benefits. With a slight decline in Europe being cancelled out by a small increase in the rest of the world, the performance of US and Canadian contractors mirrored the boom in the market overall.

Nine of the top 10 demolition companies from 2018 retook their places ahead of the pack, five – including perennial leader North Star – retained their previous positions, four others moved one place either way. The major talking point was Brandenburg Industrial Service Company entering the top three after boosting turnover by almost 7%. Projects included the demolition and environmental remediation of a coal-fired generating station on the Delaware River, while the company’s work on the $32 million Bannister Federal Complex was shortlisted in the Industrial Demolition category of the 2018 World Demolition Awards.

Elsewhere, Beelen Sloopwerken of the Netherlands recorded the single biggest surge in revenue, at more than 9%, which took its turnover to more than $160 million and was enough for the company to climb a place to sixth. Building on a 15% increase in turnover from 2016 to 2017, Beelen invested in fleet including a Liebherr tower crane and a Husqvarna demolition robot.

For the second consecutive year, this section of the list provided the highest new entrant, in this case the USA’s Select Demo Services.

During 2018 the company performed one of the largest, most labour-intensive demolition, abatement and clean-up projects in the history of Massachusetts state with its involvement in the Columbia gas explosion clean-up.

The disaster killed one person, injured 25 others, damaged and destroyed dozens of homes and businesses and displaced thousands of people from their homes. 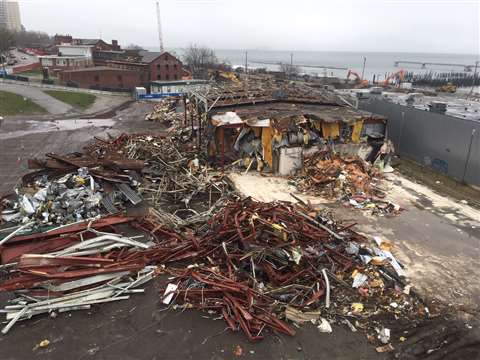 A seaside demolition for EnviroVantage, USA

The project for Select Demo originally consisted of the removal of gas appliances, but the company says the general contractor and client were so impressed with production that they increased scope to include asbestos abatement of more than 7,500 houses.

The company that enjoyed the distinction of highest new entrant a year ago, the Delete Group of Finland, built on that success with a rise of four places to 12th and a move in dollar turnover terms from eight to nine figures.

Away from Select Demo, the main mover and shaker was Canada’s Delsan-AIM, which broke into the top 20 after a range of high-profile hospital, generating station and refinery projects as well as the major civil construction initiative at the Turcot Interchange in Quebec.

The company also invested more than $5 million in fleet during 2018.

To find an example of the unforgiving nature of the d&ri100, look no further than Liberty Industrial of Australia.

Despite a year-on-year turnover increase of more than $12 million, or more than one-sixth of its 2017 figure – enough to get a place in the top 10 biggest annual revenue rises in percentage terms – the company dropped out of the top 20. Projects included the Munmorah and Dampier power stations and the Macquarie coal preparation plant, while the company backed up investment in fleet with new computer and global positioning system technologies.

Joining Liberty just outside the top 20 demolition companies, and reporting a hefty turnover increase of its own, was the United Kingdom-based contractor Brown & Mason, whose progress was based on a large portfolio of industrial demolition projects, often including expertise in explosives for which the company has a specialist division. Though headquartered in the south east of England, projects such as the Longannet power station in Scotland showed a true national presence that contributed towards an eventual turnover increase of more than 20%.

The lower end of the top half became the new home of Occamat (46th), who outstripped both Liberty and Brown & Mason for percentage growth during the year. Two places lower found another French company, Avenir Deconstruction, whose 12% improvement provided more encouraging news for a once-depressed national market.

Completing the top 50 demolition companies was Brazil’s Fàbio Bruno Construções, returning to the d&ri100 after an absence during which it suffered more than most during the country’s economic difficulties but has now recovered sufficiently to open a new operation in the USA.

The halfway point of this year’s list, in revenue terms, was $41 million. This was $1.5 million up on 2018 and the trend continued in 51st place, where the same company as last year – Thompsons of Prudhoe – posted a similar increase. The third quartile featured several solidly performing European contractors including MGL Demolition and Boverhoff, whose projects included three separate hospital demolitions and a railway depot.

Also populating this part of the d&ri100 were companies from Canada, Japan and South Korea. The $28 million earned by 75th place Interior Specialists Inc was more than $2 million higher than Sauer Bau’s total to achieve the equivalent position a year ago.

Notable among the new names in positions 76 to 100 was that of Ambigroup, which occupied 88th place. Its native Portugal has never been considered a hotbed of demolition, but the company was noticed enough to become involved alongside Maxam in the Elcogas integrated combined cycle power plant dismantling project (featured in the March 2019 issue of Demolition & Recycling International) in neighbouring Spain as well as domestic projects.

The presence of so many new entrants inevitably reduces the number of companies in this section with large turnover increases, but Wooldridge Ecotec of the United Kingdom and Germany’s Plannerer both managed double-digit rises to emphasise that the industry’s improvement during 2018 went all the way down the d&ri100.

Not surprisingly, the make up of this year’s listing, and the activity within it, means the regional breakdown looks a bit different from a year ago.

Specifically, the difference works in favour of North America, which now makes up 41% of the total compared to under 38% in 2018.

Europe, by contrast, saw its market share fall from close to 56% to a more modest 53%.

This was repeated in the major companies from each area.

In terms of the top 20 demolition companies on each continent, those in North America were responsible for combined sales of $2.08 billion, or an almost 10% increase on the total last year.

But the finest of Europe, its top 20, despite achieving $2.36 billion between them, posted only a 1.5% increase, despite having seven of the top 10 global percentage increases.

All told, the threshold for a place in the top 100 now sits at $20 million, compared to $18 million a year ago. As the list of selected companies outside the main table shows, there are a host of contractors waiting to come into the fold.

With the overall value of $6.4 billion constituting – in round figures – a 5% increase on the previous year, a repeat during the next 12 months would see the 2020 listing having breached the $6.5 billion barrier and the $7 billion mark under threat. If Europe can match some of the revenue increases generated on the other side of the Atlantic, the picture going into the third decade of the 21st century could be even more positive.