And the Demolition Awards winners are....... 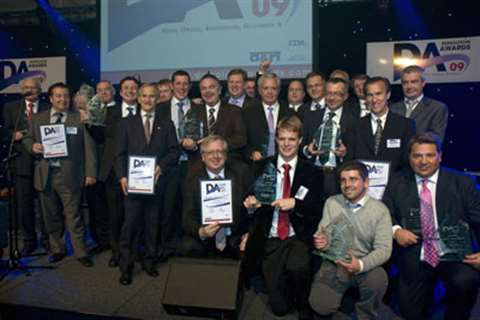 The winners of the first annual Demolition Awards celebrate their success

The first ever Demolition Awards dinner were a night to remember at the Hotel Okura in Amsterdam on November 6 2009.

The number of entries submitted for a ‘first-time' event was astounding, making the judging panel's deliberations particularly challenging.

However, during the judging meeting held in Amsterdam in early September there was little dissension concerning the determination of the winners of the various categories.

Despite the fact that discussions over several of the categories were spirited, the final determinations were unanimous.

Because of the number of entries received and their overall high standard, it was felt that the judges ought to be able to make subsidiary awards when two or more entries were of almost equal standard and thus were born the ‘Highly Commended' awards - a total of seven of these were made in addition to the 12 main awards.

Demolition Awards - the winners at a glance

The event itself went off without a hitch, always pleasing for a first time event, and the attendees were to a man and woman impressed with the slickness of its organisation. The Okura Hotel provided a magnificent venue, and the professionalism of its staff greatly aided the organisation of the event.

Particularly pleasing was the reaction of the shortlisted companies that failed to pick up an award. While naturally dissappointed, the general consensus was "We will do better next time". And there will be a next time. D&Ri hopes to be able to announce firm dates for the 2010 Demolition Awards by the end of this month.

As always with a first time event, it became clear that we need to 'tweak' the Award categories somewhat. The criteria that the judges will use to assess next year's entries will be refined and explained more clearly across all the existing categories, and a new category will be introduced that will cover demolition during civil engineering works on projects such as bridges, roads etc.

Full details of the 2010 event will be published shortly, and the Awards website with entry details and requirements, along with all necessary documentation will also be available soon. Watch this space!