The Australian Government has announced a $75 billion (US$56 billion) investment in infrastructure and transport projects focused on building local communities, connecting regions and cities, boosting productivity, and creating local jobs. 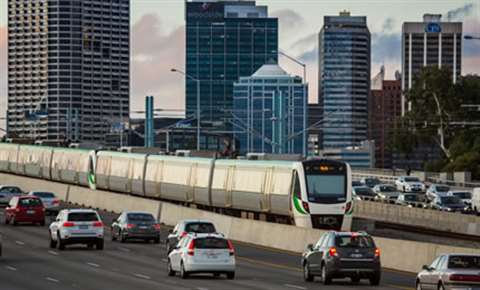 Money will be spent on the Metronet rail project

This Budget includes $24.5 billion (US$18.5 billion) in funding for new major projects and initiatives that, the government say, will benefit every state and territory.

It will be funded by a combination of grant funding, loans and equity investments.

New investments in this Budget include, in Western Australia, $1.6 billion (US$1.2 billion) in new projects, including $700 million (US$528 million) towards the Metronet rail project.

There is also a $1 billion (US$755 million) infrastructure package for Victoria, including $500 million (US$377 million) for regional passenger rail.

In Queensland $844 million (US$640 million) has been given for additional projects on the Bruce Highway, including upgrades to the Pine River to Caloundra section.

The Government is also establishing a $10 billion (US$7.5 billion) transformational National Rail Program to fund rail projects across the nation that improve urban and regional rail services.