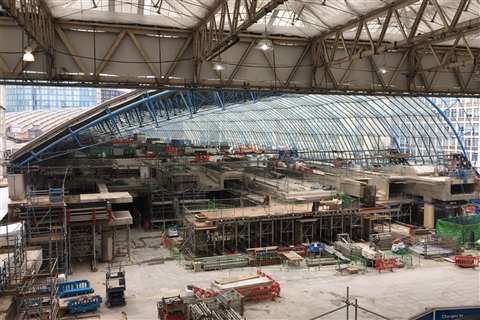 The live station provides transport and connections throughout London, the UK and Europe, with a footfall of 200,000 passengers each day.

Dismantlement occurred within the right-of-way of an important CN transportation corridor with four railway tracks remaining in use during the project. The work was performed in accordance with detailed engineering procedures, closely coordinated with CN operations in order to protect existing infrastructures, while maintaining train traffic and ensuring the safety of all personnel.