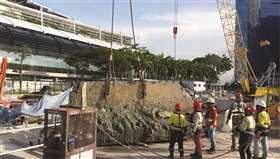 The South Crystal Pavilion was especially challenging as the building was a standalone structure connected to the basement of the Marina Bay Sands retail plaza.

Ginlee’s entry shows how risks were managed during underwater demolition for submerged structures and how proximity, connectivity and huge structures posed a challenge to the demolition works. 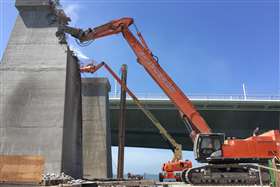 In April 2016, Caltrans awarded the Phase 2 contract for removal of foundations at Piers E4 through to E18 of the original San Francisco-Oakland Bay Bridge to Kiewit/Manson, a joint venture. The scope included demolition of 15 in-water reinforced-concrete foundations, using a combination of mechanical methods and blasting. The work was contracted to take place over three years within numerous imposed environmental schedule restrictions. 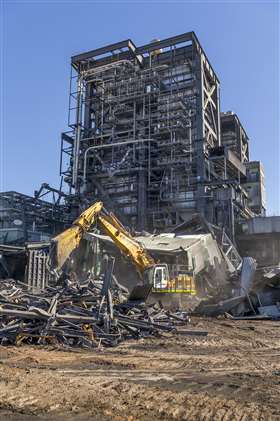 From 1954 the 850MW Augusta Power Stations provided reliable generation to the South Australian and National Electricity Market. On May 9, 2016 Augusta Power Station ceased generating power because the stations were no longer competitive in the market, which had seen a dramatic increase in renewables.

Before the closure, Flinders Power, a division of Alinta Energy responsible for operating Augusta Power Stations, undertook a lengthy process of planning and delivery of the decommissioning and rehabilitation works. 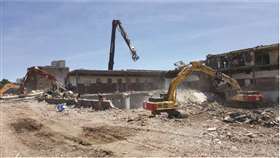 Priestly said that this project was a success for all involved due to communication. Each day, its team leaders, sub-trades, client representatives, and consultants would meet for a 15-minute discussion regarding progress, issues, achievements, and resolutions to any problems.

This allowed the company to be proactive during this project, rather than reactive.