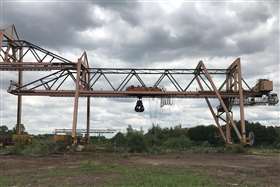 To prevent from a premature fall or a collapse of the structure, it was impossible to proceed to any pre weakening for lifting, cable pooling, or shear cutting for breakdown.

To maintain the necessary provisional stability to bring down the two lifts, Cardem had been considering the possibility of using shoring equipment, a safe but expensive technique in terms of budget and time. 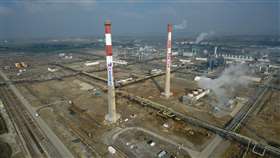 The stacks were in such bad shape that Cardem could not work from the inside and everything had to be done from outside.

Bricks and concrete could fall from the top of the two chimneys at any time. A 1.5 t net protection was installed around the chimneys and staff not allowed to put their hands past the concrete wall. 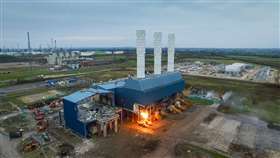 This project saw Erith conduct the explosive demolition of Killingholme A Power Station and its three 70 m (230 ft) chimneys. The demolition of the former 500 MW facility comprised three gas turbines, a steam turbine, cooling towers and a significant number of support structures. 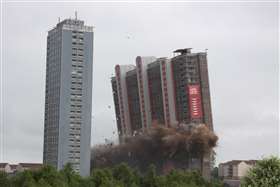