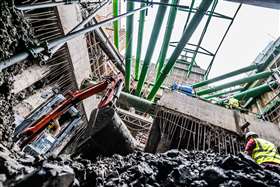 Deconstruct was employed to undertake soft strip and structural alterations within 141-143 Harley Street in London, a Grade ll listed structure, and demolition of mews buildings to the rear. Following this, Deconstruct is to form a new triple basement to the rear with a three-storey concrete frame for the city’s first private Proton Beam Therapy Centre treating cancer patients.

The project logistics were extremely challenging with access to the rear of the property not forming part of the planning permission. 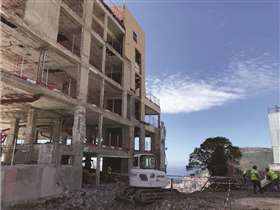 The tendered works were for the demolition and deconstruction of the Hotel Vista Palace La Cigale located in Roquebrune Cap Martin near Monaco.

The hotel consisted of several different buildings, the east extension building in the direction of France, the triangular Vista Aero building, also equipped with a panoramic elevator and a smaller building to the west. 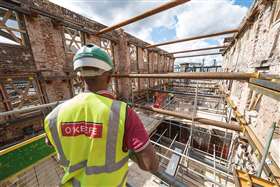 Camden High Street in London is a mix of vibrant markets, cosmopolitan independent retailers and world famous music venues that attracts an estimated 40 million visitors each year. However, the current street environment – dominated by traffic, with narrow busy footways and poor quality pavement – does not reflect the area’s importance or appeal.

Camden Lock Village on the High Street is currently undergoing a redevelopment which will see the site comprise eight new buildings incorporating 200 new homes and over 9,000 sq m (97,000 sq ft) of commercial space. The only original structure to remain on site is a Victorian terrace of three-storey properties to preserve the historic street-scape. 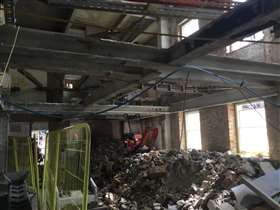 The project entails strengthening works to enable the jacking of the entire structure, prior to new foundations being constructed and all timber floors subsequently being replaced with concrete slabs.