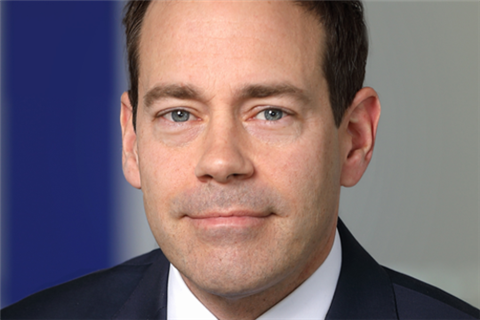 Michael Stomberg, Bauer chairman of the management board

Bauer Aktiengesellschaft has reported half year revenues of €831.6 million, 5% higher than the previous year.

The group’s second quarter 2019 results also revealed a 4% increase in sales revenues, which rose to €745.4 million, and an earnings before interest and taxes (EBIT) figure of €35.3 million.

While Bauer said its operating business saw positive development, it’s earnings after tax were reported as a loss of €0.4 million at the end of the second quarter, compared to a profit of €1.6 million in 2018.

Michael Stomberg, Bauer chairman, said, “Despite weaker economic growth, the effects of which have been felt for the first time in 2019 after many good years, as well as ongoing political crises in various regions of the world, we are seeing numerous project opportunities on a global scale.”

Bauer, which operates across three segments; Construction, Equipment and Resources, said its Construction segment performed slightly below expectations at the end of the first half of 2019. The company attributed this partially to underutilisation in certain countries.

Despite this, Bauer said the segment’s order situation was good and that it signalled further business development. Its second quarter 2019 results showed an 8.6% increase in order backlog and an order intake up 1.2%, reported as €550 million and €345 million respectively.

According to the company its Equipment segment fared well in the first half of 2019. Despite drops in the segment’s order backlog and order intake, Bauer said demand remained stable worldwide and that it expected positive development in the future. Total revenues rose 1.7% to €380 million, with sales revenues up slightly from €302 million to €305 million.

While the equipment segment recorded a fall in earnings after tax – dropping from €16.1 million to €14.3 million – this included a non-operating charge of €4.5 million from the acquisition of a subsidiary, which was transferred from the Resources segment as part of the company’s restructuring.

The firm’s Resources arm reported an increase in order intake of 37.5%. Revenues were also up 16.3% to €138.7 million and earnings after tax had risen from a previous loss of €9.3 million to a profit of €1.1 million. Bauer said the figures are now starting show the first signs of success since the segment began to restructure its organisation a few years ago.