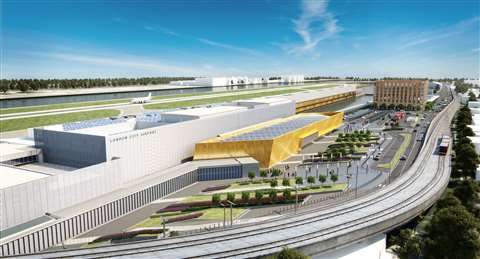 US-based contractor Bechtel has been confirmed as the delivery partner for the £370 million (€420.72 million) City Airport Development Programme, which will begin later this year in London, UK.

In addition, it was announced that Peter Adams will be joining London City Airport from UK government-owned Highways England – where he was most recently the executive director for major projects and capital portfolio management – in September as its new chief asset and programme officer.

The development programme will include the expansion of the existing terminal facilities, the building of seven new aircraft stands and the creation of a full-length parallel taxiway.

The new facilities are intended to increase the airport’s capacity to 6.5 million passengers and a potential 111,000 flight movements per year by 2025.

As part of the five-year contract, 50 Bechtel staff will work in an integrated team with London City Airport officials.

He added, “We will partner with London City to enhance this important gateway with minimum disruption to passengers, airlines and the community.”

Declan Collier, CEO of London City Airport, said, “The appointments of Bechtel and Peter Adams signal the next important steps towards the start of construction on this significant development.”