Germany-based construction company Bauer has been awarded a €160 million (US$212 million) contract to further increase the size of what is already the world’s largest constructed wetland treatment plant, in the Sultanate of Oman. 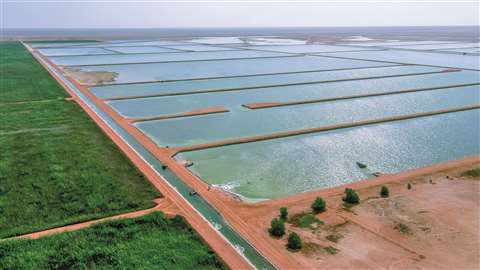 Bauer has been commissioned to expand the the capacity of the world’s largest wetland treatment plant in Oman by 60,000m3 to a total of 175,000m3

The plant’s first stage was completed in 2011 by Bauer’s local subsidiary, Bauer Nimr.

Working on behalf of oil and gas exploration and production company Petroleum Development Oman (PDO), Bauer Nimr will be responsible for designing, constructing and operating the plant until 2044.

The wetland treatment technology was said to be unique in its use of gravity-flow and natural processes to remove a heavy load of hydrocarbons from the water.

The hydrocarbon content in the water was said to be reduced to less than 0.5ppm at the outlet of the wetlands, and almost 95% of the crude oil entering the facility was said to be recovered or removed without the use of electricity or chemicals.

Furthermore, the desert site has been converted into a home to more than 140 species of animals, including various birds, fish and reptiles.

Construction work is set to be completed by the end of 2019, after which Bauer will operate the plant on a 25-year basis.