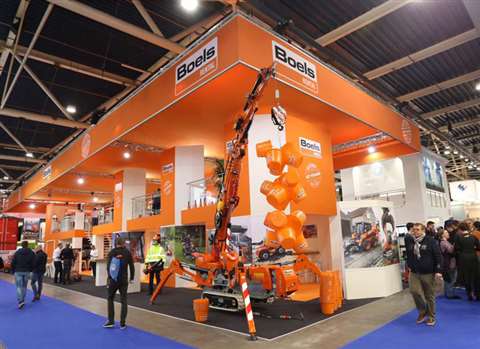 Netherlands-based rental company Boels Rental has added to its fleet with a 20-unit order of Jekko minicranes.

The first of the SPX424 minicranes was delivered to its site in February, which has since prompted the company to secure 20 more.

He said, “Being the most performing one, the SPX424 stands out as the best-selling minicrane that passes through a single doorway.

“Equipped with diesel and electric engine, it features a hydraulic jib reaching 15m on height, an automatic stability system, a Plug & Play and automatic recognition of the tools, and an intuitive graphic interface with 14 languages. All the features comply with N1300 regulations.”

Mr Franceschini added that those features, among other things, set Jekko aside as a leader in its sector, in terms of security and user-friendliness.