Boels sets out stall in UK

Boels Rental has opened a new location in Liverpool, as the company plans for big expansion in the coming years. 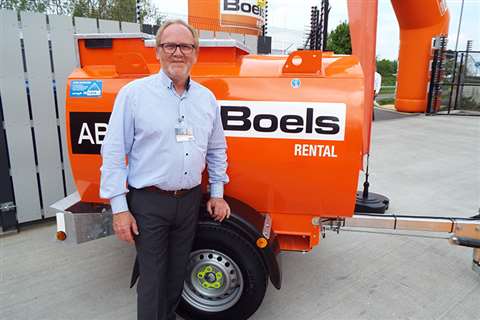 Following Boels’ acquisition of Supply UK Group in April 2017, the company has refreshed – and rebranded – Supply’s locations and has opened a new 10,000m2 depot, moving away from its “run-down” location in the North West.

Speaking at its depot opening, Chris Haycocks, managing director, Boels UK, said, “We’ve moved from our old site in Liverpool which was run down and in need of something new.

“All our branches are being rebranded. We’ve got a depot in Widnes which has been painted orange. Our London, Cardiff and Durham locations have all been rebranded, too.”

Haycocks added that Boels UK had 29 depots across the UK, and said there would be a new location in Stoke opening later in the summer. He said the short-term aim was to reach 50 depots as fast as possible. There will also be relocations in Leeds, Hereford and Shrewsbury, too, said Haycocks. The managing director confirmed the company would not relocate in all its areas, though.

A year before Supply UK was acquired by Boels, the company’s revenues were less than £15 million (€17 million), but Haycocks said it was now expecting to record around £35 million (€40 million) for 2018.

Supply UK was a tool-hire specialist before Boels took over the company, and it has now established itself as a generalist, with that being the blueprint for the future.

Read more in the June issue of IRN.