Brakes for cranes on SSCV Sleipnir 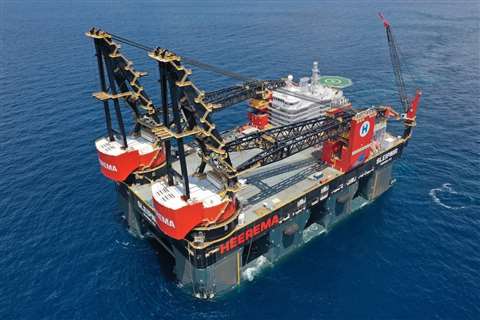 The SSCV Sleipnir is the latest vessel from Netherlands-headquartered Heerema Marine Contractors. The heavy-lift and deep-water construction vessel is over 700 ft. long and designed to work on large offshore projects, such as installing and removing jackets, topsides, deep-water foundations, moorings, windmills, and other offshore structures. It has a pair of main revolving cranes with a lift height of over 420 ft.

The brakes are rated for 8,000Nm (5,900 ft-lb), which Pintsch Bubenzer says is an increase of around 35 per cent over standard brakes of the same motor frame size. Each brake is IP67 rated for submersible protection.

The brakes have a dual disc design with each disc having two friction surfaces, thus creating a quad surface brake. The brakes are spring set and electrically released so that in the event of a loss of power they will always be set in safe mode.

Mike Sparks, regional sales manager at Pintsch Bubenzer USA LLC, said, “The port industry continues to grow and the reason that this vessel was created was due to larger rig platforms being designed. The cranes were also made large to increase the amount of deck space available on the vessel since they are able to conduct the work that is usually done by three or more cranes.

“The [Twin Safe] brake is suitable for a multitude of offshore and port systems due to the IP67 rating, as well as general high-speed applications, dynamic braking applications in general industry and applications that have high torque requirements with limited space.” 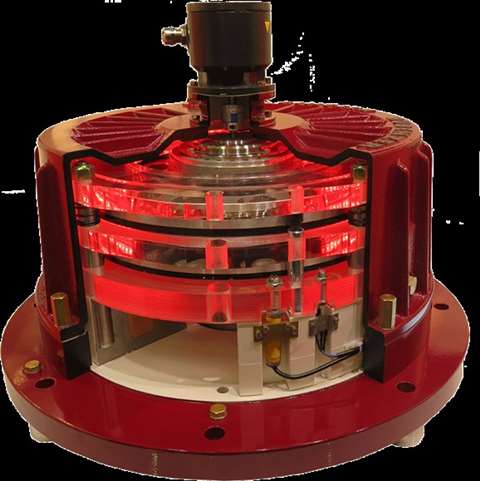