According to Casar, the M2480D has been modified with an extra-large drum to accommodate 1220 metres of the 54 mm Eurolift. Usually the M2480D operates with a 600-metre-long hoisting rope instead, said Casar.

Marr Contracting will use the Favelle Favco M2480D heavy lift luffer for 14 months starting in July, in order to construct the Çanakkale 1915 suspension bridge over the Dardanelles - a strait in the Mediterranean between the Aegean and the Sea of Marmara. Once complete, it will be the world’s longest span suspension bridge and carry a six-lane motorway. 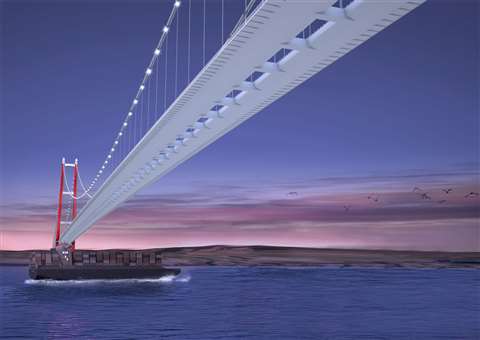 Above and below: an digital representation of what the Çanakkale 1915 suspension bridge will look like once complete 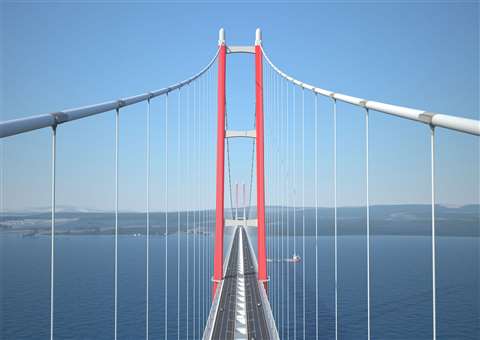