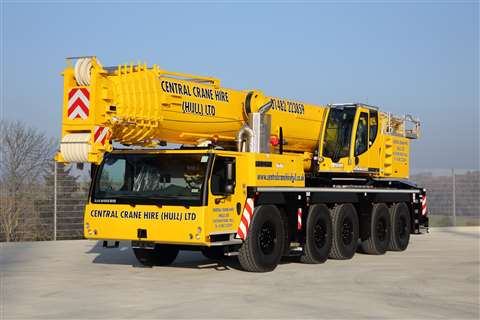 A new Liebherr LTM 1200-5.1 wheeled mobile telescopic crane joined the Central Crane Hire (Hull) fleet in the UK late in 2018 and has now gone into service.

This five-axle, 200 tonne capacity crane has a 72 metre main boom as standard and was supplied to Central Crane Hire with the 12.2 to 22 m long double fly jib including integrated assembly jib and a set of sheaves. Overall, the machine has a maximum height under hook of approximately 89 m.

Central Crane Hire also chose to include Liebherr’s VarioBase variable support base system. Furthermore, the new crane has full remote control and a refinery kit with the latter including an engine shutdown system.