China to invest US$ 53 billion in Brazil 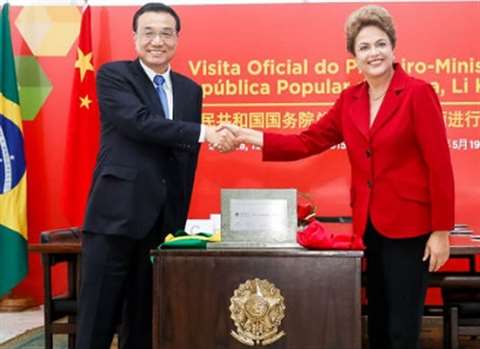 The Chinese government has agreed to fund 35 investment projects in Brazil, with a total value of US$ 53 billion. The largest infrastructure scheme will be a trans-continental railway, which will connect Brazil’s Atlantic coast cities with the Pacific, via Peru.

The railway is designed to foster greater direct trade between Brazil and China, while avoiding the Panama Canal. The first step in the scheme will be a Chinese-funded feasibility study, which is due for completion next May.

A long-term tie-up between the Industrial and Commercial Bank of China (ICBC) and Brazilian state bank Caixa Economica Federal has also been proposed to finance infrastructure projects including ports, airports, roads and railways.