The Collaboration Award is given for projects executed by contractors working closely with other agencies, so in that sense there have been few more appropriate winners than Brandenburg this year – the successful project included input from more than 700 staff across a dozen participants from three states. 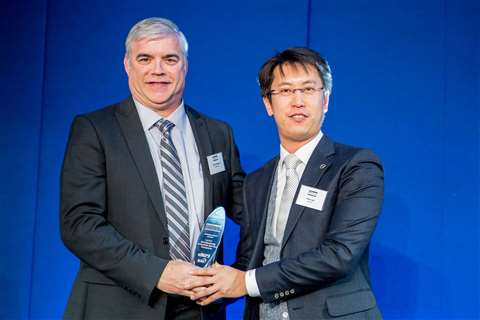 Brandenburg was contracted to perform the demolition and asbestos abatement of the Radisson Star Plaza Hotel and Convention Center, which stood in north west Indiana for almost 50 years. The demolition of the hotel is making way for a redevelopment legacy project to honour the late billionaire Dean White’s contribution to the area and to continue to make it a destination.

The location of the project at US Route 30 and Interstate 65 made for a logistical challenge as it is one of the most travelled intersections in north west Indiana. The close proximity to major roadways required detailed planning and careful performance of the proper removal and disposal of around 14,000 sq m (150,000 sq ft) of roofing that had asbestos containing material.

During the performance of the demolition project, a natural disaster-training event was coordinated while it was an active demolition site. This required the planning, coordination and participation from Brandenburg to perform certain demolition actions to ensure the safety of the participants that executed recovery efforts and required entry into the collapsed site.

Thomas Neal, the battalion chief of US&R Indiana Task Force 1 said: “Brandenburg employees were excellent to work with and they enjoyed working with first responders to provide a real life scenario that can not only help training but save lives in the future.”

And there was similar praise from awards judge Henrik Bonnesen, who said: “In connection with a large demolition project, Brandenburg established an actual training exercise - live simulation – that ran around the clock for 36 hours and was meant to challenge coordination and communication between multiple agencies in a live atmosphere.

“There were more than 700 participants during the ‘live action’ emergency simulation drill. Brandenburg provided a real life scenario on a demolition site that can help training and save lives in the future.” 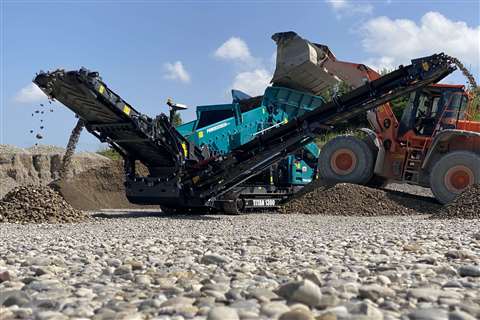