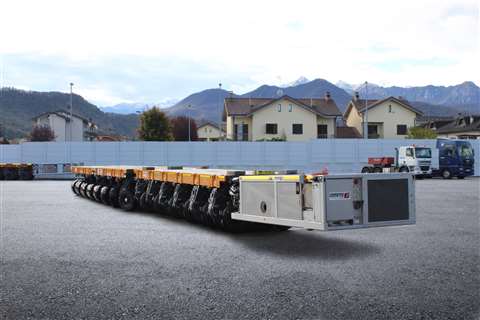 Also in the most recent Cometto order were four 335 kW power pack units and a smaller one at 110 kW.

Nippon Express was started in 1937 as a semi-governmental transport business. Today it has 32,000 employees and more than 700 locations around the world. Italy-based Cometto was acquired by specialized transport equipment manufacturer Faymonville in 2017.