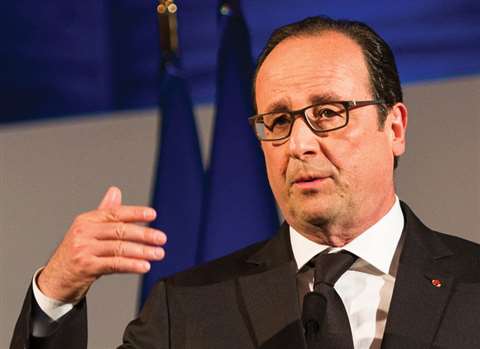 A common language is being sought to help with the move towards efficient, smart, resilient and sustainable cities, with an initiative to clarify the words and terms used.

Called the ABC of Sustainable Cities, the international glossary is being put together by UNEP (the United Nations Environment Programme) and FIDIC (the International Federation of Consulting Engineers) for the UN Climate Change Conference in Paris known as COP21. This is set for December 2015.

The issue was discussed at a seminar held alongside the two-day Business & Climate Summit 2015, held in Paris, France.

Among the speakers at the main summit was French President François Hollande.

The seminar was organised by AFNOR – an international services delivery network that revolves around the core competency areas of standardisation, certification, industry press, and training – and FIDIC.

The seminar identified essential areas of collaboration beyond the glossary, for which UNEP has passed on the co-ordination to FIDIC.

AFNOR, FIDIC and UNEP agreed to move their collaboration to the next level and include partnering organisations involved in the work on the glossary.

At the AFNOR/FIDIC seminar, architect Stellen Fryxell, who is working on the ABC on behalf of FIDIC, said that it was not an easy task and that he was trying to keep it simple.

“We are aiming to provide clarity on terms, with short definitions,” he said. “We are trying to write 200 definitions. At the moment we have 400, so it needs to be refined. It’s ongoing work right now.”

He added that there was a need for a common understanding of standards.

Arab Hoballah from UNEP pointed out that even the word “smart” was used many times with different meanings.

He said of the glossary, “If we all work on it together, it might be a useful tool. We’re not here to complicate the issue further.”

He added, “It can be a powerful tool. The idea is simple, to do it is complex. Practical working definitions foster better dialogue and less misunderstandings.”

The ABC initiative was welcomed by Olivier Peyrat, director general of the Afnor group.

He said that finding a common language and agreeing a vocabulary was important, as without it there was a risk of creating a Tower of Babel. He called for the common denominators to be as high as possible.

Friedrich Smaxwil, president of standards body CEN, added, “When there is a common view, it is easier to have a perspective.”

A holistic approach to problems caused by climate change was needed, according to Moncef Ziani, a member of FIDIC’s executive committee and CEO of Moroccan engineering company CID.

He said there were three pillars of FIDIC – quality, integrity and sustainability – and that all consulting engineers should bear the issue of sustainability in mind.

In facing the task of reducing greenhouse gases, Ziani said that adapting to the possible impact of climate change should be anticipated.

“It will cost much more to adapt in the future,” he said, adding that technical solutions did exist, but were mainly local.

“There is a strong need for a consistent vision,” he said. “FIDIC is co-ordinating this for a more consistent approach.”

He added, “The ABC would be very helpful for us to push in the right direction.”

Frederic Saliez from UN Habitat – a UN programme working towards a better working future – took a slightly different view to some of the other speakers, saying that he had an issue in that his organisation advocated complexity.

He said, “The value of urban development is complexity. Cities are a unique blend of people and cultures, so it must be locally informed.

“Local culture is the starting point.”

He said that if the urban wording was messy, then it reflected the diversity and energy from the different factors involved, and he added, “We need to navigate between these different elements.”

In summing up the AFNOR/FIDIC seminar, Ziani said it was necessary to avoid duplication and confusion. He said there was a common will to co-operate, and that the ABC was the first step.

It is hoped that the ABC of Sustainable Cities will be published by the end of the year in time for COP21.

The Business & Climate Summit itself was a two-day event which was held 200 days before COP21, planned for December 2015.

The summit’s aims included asking how business could work with government to support development, grow the economy and limit global temperature rise to 2°C; how effective carbon pricing would unleash innovation, create new markets, generate employment, reduce energy consumption and increase savings; and how a global, long-term goal in the Paris agreement would mobilise capital and accelerate the transition to a low carbon economy.

The summit brought together global business leaders, political leaders and climate experts. French President François Hollande told the summit that an agreement had to be reached, and that business played a big role in this. He said this was where responsibility for the changes in renewable energy, transportation modes, the ways cities were built and organised, etc, rested.

“Environmental challenges are also economic ones,” he said. “If we bring together innovation, create new technology, then we build a new world together.

“We must find consensus together,” said Hollande. “Simply, we need proper financial engineering, with massive investment.”

He added that the revolution was technological and it was now time for action, with everyone assuming responsibility.

He warned that the Paris agreement in December must include real commitments.

Christiana Figueres, executive secretary of the United Nations Framework Convention on Climate Change (UNFCCC), said, “We have reached the turning point in making our response to climate change real, viable and inevitable. Organisations here, working with over 6 million companies, want to work with governments to build a clean, predictable and transformative path toward a safe and profitable future.”

She added, “We need collaboration not confrontation.”

Among the panel members at the summit was Xavier Huillard, chairman and CEO of French contractor Vinci. He said that a big change was needed for constructing carbon neutral buildings.

“All people working on the building, or operating it, should get together at the beginning, to ensure the design. We can’t wait for people to bring solutions to us. We must work together from the start.”

He said for a company to be innovative, it was important to be decentralised, and not controlled by the centre of a big organisation.

He called for more public-private partnerships (PPP) in France and the rest of the world.

FIDIC’s Ziani also spoke at the summit, saying that from an African point of view, the solution had to be affordable.

He also said that another problem was that each sector had different responsibilities and that this did not lead to integration.

Another speaker from the construction sector was José Manuel Entrecanales Domecq, CEO of the Spanish Acciona Group. In a session discussing the subject of carbon pricing, he said it was “astonishing” how far the world had come in just a few of years.

“We have one major desire,” he said, “the very long-term investment in renewable technology. The most important element of carbon pricing priorities is an apparent stability for the future.”

With this in mind, he called for a trading system rather than a tax system as it would be more stable.

“Tax is less predictable – there is a temptation to play with it,” he said.

Kerry Adler, president and CEO of Canadian-based solar energy developer SkyPower, said, “Governments have to have the people behind them, and so it has to be simple – whether a pollution tax or a penalty – and it has to be monitored. Tax without enforcement is not going to work.”

Entrecanales Domecq said that because of “the elasticity of the market it wants to affect, a general price is ineffective and unrealistic, so it has to be regional.

“We had it in Europe until the crash, so it’s not inventing the wheel. We had it – and it worked.”

Pierre-André de Chalendar, chief executive and chairman of Saint-Gobain and chairman of Entreprises pour l’Environnement (EPE), said, “This summit is a first step to a large alliance of all actors that business needs and wants to build.”

He told the summit, “We must continue to work together for this transition to a low-carbon society, to allow vulnerable populations to live in sustainable habitat and cities, and to allow poorest countries
to reach a low-carbon development.”

ERA upgrades rental recovery forecasts for 2021
UK, Italy and France will alll grow faster than expected this year, while growth in Germany and Spain has been shifted to 2022
Latest News