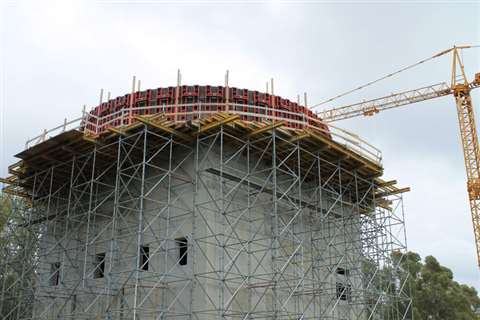 The Batimatec International Exhibition of Building, Construction Material and Public Works show in Algiers took place in May.

A company spokesman for Italian scaffolding provider Condor Group said Algeria presented great opportunities thanks to a solid economy. “The macroeconomic framework is solid and continues to be characterised, especially in financial terms, by positive indicators.

The Algerian government, in powere since September 2012, prioritised the construction of 1 million residential properties, according to Condor. “In addition, the second half of 2013 marked the operational phase of these projects, which were undertaken in all major cities of the country,” said the spokesman.

There were more than 1000 exhibitors at the 17th edition of the Batimatec show, with an Italian pavilion of 1000 square metres. The MENA region - Middle East and North Africa – is of particular interest to Condor which has offices located in Jeddah, Saudi Arabia, Bucharest, Romania and Moscow, Russia.

Visitors to the Condor stand were especially interested in formwork and tower structures, said the company.