The upcoming Conexpo show in Las Vegas, US, will be the biggest ever edition of the event, as it was previously announced that the show will also include the Las Vegas Festival Grounds, located on the Las Vegas Strip adjacent to the Circus Circus Hotel. 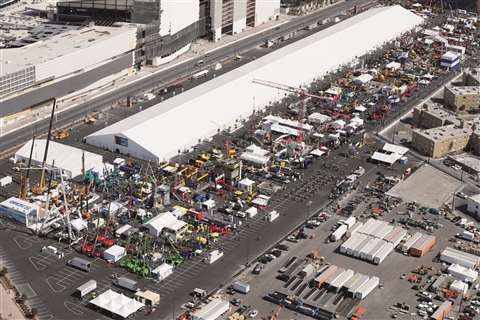 Dana Wuesthoff, AEM (Association of Equipment Manufacturers) vice president of exhibitions and event services, and show director, said, “The Festival Grounds provides exhibit space and show services that our exhibitors and attendees will be very pleased with.”

The 2020 show’s connected campus will also include new and expanded transportation, attendee experiences and registration locations.

Features will include multi-site drop off locations for shuttles, complimentary monorail passes, golf cart shuttles, and various experiential transportation options to accommodate for the attendees throughout the week.

“AEM is committed to bringing people together at CONEXPO-CON/AGG, as the show serves as a catalyst for industry growth and development,” added Wuesthoff. “We wanted to make sure everyone can explore the entire show and have the best possible experience.”

Technology to the fore

From being something which used to be in the background, construction technology has taken centre stage in recent years. For instance, a walk around the Bauma Munich show in 2019 showed that the vast majority of the stands – certainly those of the larger players – had construction technology as an integral part of their display. When this is added to stands of the technology-specific companies, such as Trimble, Topcon and Leica, then it would be fair to say technology was one of the dominant themes.

This growing trend – see the construction technology supplement in this issue – is something which the event organisers at Conexpo will be tapping into.

A 10 by 22 foot (3m by 6m) smart city replica has been unveiled by the planning team for the event; the replica demonstrates how a smart city, through sensors and analytics, will be able to transform information into digestible data, providing knowledge for the city to work smarter. 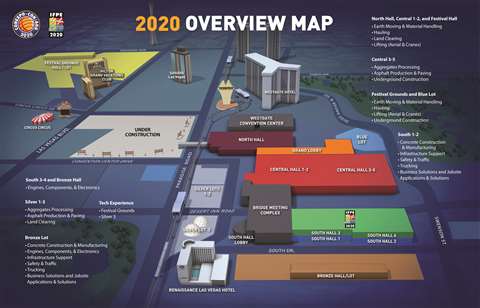 The replica will be on display at Conexpo and will showcase several scenarios, including: Different city grids and how a city responds to heat, wind and storms; connectivity in the city, including 5G, sensors, telematics and Internet of Things (IOT); how equipment will communicate on the jobsite of the future.

“Our goal for the Tech Experience in 2020 is to show contractors how all of these exciting new technologies will impact their current work, how the expectations and demands of customers will change and how the current state of infrastructure may change.”

The organisations plan to pool their collective influence to sponsor and engage in education and other events at the show.

A recent report revealed that 80% of US contractors are finding it difficult to hire general construction workers, highlighting the seriousness of the skills shortage, and the key role that women could – and should – play in the industry. 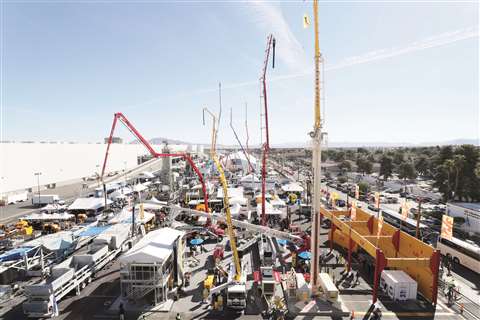