ConExpo to close a day early

ConExpo will close a day early due to COVID-19 (coronavirus) concerns, show organizers announced at 5 p.m. local time. Following the announcement, Nevada’s Gov. Steve Sisolak declared a state of emergency to deal with the outbreak following similar actions in other states.

AEM said at 5 p.m. PDT on Thursday, “Due to the growing concerns about COVID-19, the travel restrictions put in place by the President and changing corporate travel policies that impact many of our attendees and exhibitors, we have made the decision to close CONEXPO-CON/AGG & IFPE one day early, closing on Friday, March 13 at 5 p.m.

”We made this decision based on conversations with our AEM officers and other leadership, several top exhibitors, the Las Vegas Convention and Visitors Authority and the office of the Nevada Governor,” AEM continued. ”As we have said from early February when the first news of COVID-19 became available, we were committed to monitoring the situation daily and keeping our top priority focused on the health and safety of all participants at CONEXPO-CON/AGG & IFPE 2020, including attendees, exhibitors, vendors, staff, industry partners, and others involved in the show.

”After 5 p.m. on March 13, we will begin to dismantle booths and begin the scheduled process of removing equipment from the show floor. We thank our exhibitors, attendees, vendors and the City of Las Vegas for its support throughout this week.”

The news follows a number of event cancellations and suspensions across the United States, including high-profile sporting and music shows. The NBA has suspended games due to players contracting the virus; the NCAA will no longer hold the women’s or men’s basketball tournametns; and the NHL and MLB have suspended their seasons and Spring training.

Volvo was the first exhibitor to pull out of ConExpo, which the company announced on March 5. Other exhibitors (JLG, Genie, etc.) announced only local staff would attend the show, keeping European team members at bay. 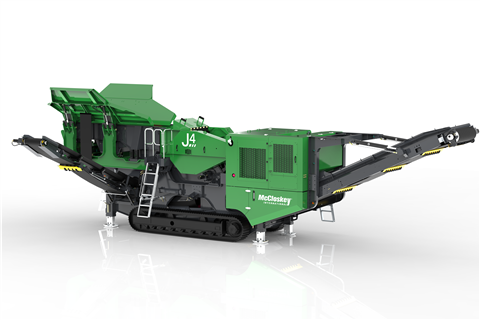