Conference sees growth across the board 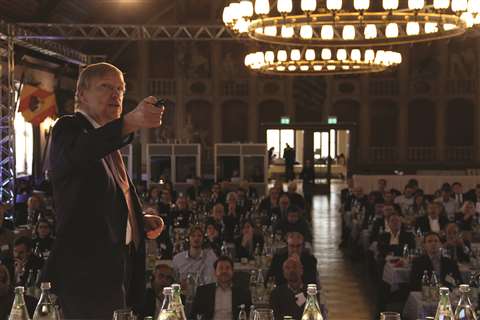 Growth figures in 2017 for the European construction market reached their highest level since 2006 – shortly before the financial crisis – the latest Euroconstruct conference, held in Munich, Germany, heard.

Construction volume in the Euroconstruct area of 19 European countries is expected to grow by 3.5% in 2017, driven primarily by residential construction.

In addition to this, for the first time since Germany’s reunification, growth has been forecast across the board, with all 19 member countries expecting a rise in construction demand in 2017. And this looks set to be repeated in 2018.

Out of the 19 members, 15 countries revised their 2017-change upwards.

These positive developments were attributed largely to the upswing in both the European and global economies.

However, the conference opened with a word of warning from Professor Dr Thomas Mayer, founding director of Flossbach von Storch Research Institute.

According to him, the current recovery was running on cheap money, which he likened to a drug.

Mayer said, “Our dependency on it has painful consequences.”

Looking at the data, the inverse relationship between unemployment and inflation no longer seems to apply, which means that the navigation system of the European Central Bank – as well as other central banks around the world – is broken.

In their confusion, the banks are keeping interest rates low, but this makes debt sustainable, leading to dangerous mountains of debt being accumulated.

Looking beyond the financial conditions, migration – both immigration and domestic migration – was said to be having a positive effect by increasing the demand for housing and infrastructure.

The demand for infrastructure, in particular, is further amplified by the fact that an infrastructure investment backlog has amassed in the wake of the financial crisis, which now needs redressing.

The public sector’s scope to take action on such projects is, however, constrained by the fact that public budgets, although up, are not back to normal levels yet. This is reflected in the cautious approach to taxation and subsidy policies adopted by several European governments.

The bottleneck in skilled labour is also a concern, as is the general atmosphere of uncertainty, fed by Brexit, the Catalan conflict and other geopolitical tensions.

The European construction industry has been on track for growth since 2014, with output increasing by a total of 9% between 2014 and 2017.

In the present context, construction output for the 19 Euroconstruct member states is forecast to increase by a further 6% by 2020.

While growth in residential and non-residential construction is likely to slow significantly, civil engineering will expand to take over the role of market driver in the medium term. In both 2018 and 2019, the civil engineering sector is expected to grow at a rate of at least 4%.

Also, in 2020, the renovation sector is predicted to experience stronger growth than the new construction sector for the first time since 2014.

Hungary – the second smallest market in the Euroconstruct area – is the rising star among the member countries, with 2017 construction demand expected to be 25% higher than the previous year. 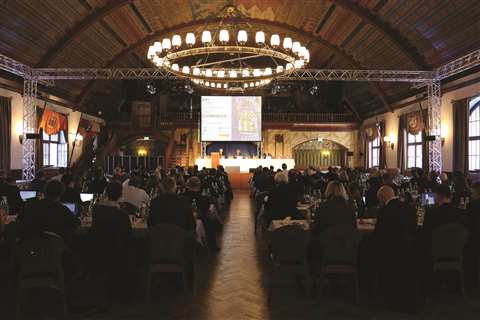 The 84th Euroconstruct conference was held in the Hofbräuhaus, Munich

It will be followed by Ireland, which is forecast to see a 15% increase in its construction demand, Sweden, which expects demand to be up 10% on the previous year, and Poland, with a predicted 9% increase in 2017 demand.

Hungary is also expected to post the highest growth rates – 33% – for the next three years through 2020.

In addition to state subsidies for residential construction, it was said that the more consistent use of EU funds, especially for civil engineering, will play a key role in this growth of the country’s construction sector.

In Germany, where the conference was held, construction activity in 2017 will increase more strongly than in 2016.

This results from the higher demand for residential accommodation, a greater willingness to invest on the part of companies, and a civil engineering drive by the German government.

Although growth for the German market is projected to slow down in the medium term, investment in the residential and infrastructure segments is expected to be high in the long term.