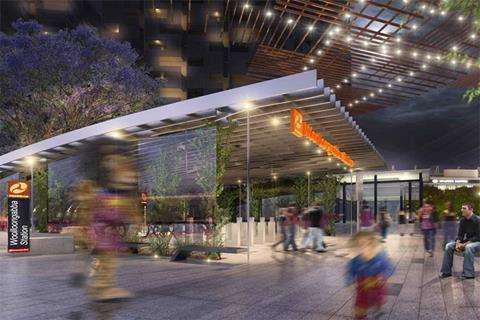 An artist’s impresson of one of the new stations

The Cross River Rail Project in Brisbane, Australia, has selected a consortium to deliver part of the project, which is the largest piece of Brisbane’s numerous AUD $15 billion (US$10.6 billion) infrastructure investments.

The Pulse consortium – which includes the CIMIC Group, Pacific Partnerships, CPB Contractors, UGL, BAM, Ghella and DIF – has been selected for the AUS$2.7 billion (US$1.9 billion) contract for tunnels, stations and development of the public-private partnership by the Cross River Rail Delivery Authority (CRRDA).

The AUD $5.4 billion (US$3.8 billion) Cross River Rail project includes design and construction of a 10.2km rail line from Dutton Park to Bowen Hills including a 5.9km twin tunnel under the Brisbane River and the Central Business District (CBD). The package includes tunnelling works and new underground stations.

By delivering a second river crossing as well as two new CBD stations, it is hoped that the Cross River Rail project will unlock existing bottlenecks into the CBD, allowing more trains to run more often and enabling a turn-up-and-go public transport system across the entire region.

First trains are expected to be running on Cross River Rail in 2024. It is expected to provide 7,700 construction jobs.