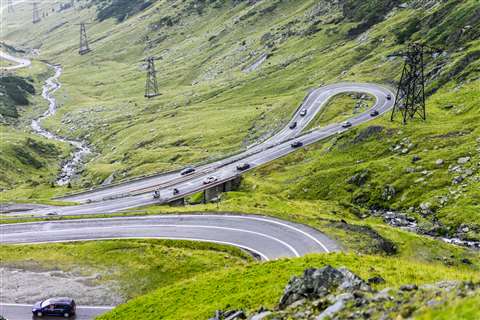 Only one bidder remains on Ploiesti-Brasov highway project in Romania

After five consortiums bid to build a 110km highway in Romania, only one has made a final offer to take on the work.

The €1.4 billion public private partnership (PPP) project was put out to tender by the Romanian government, which initially received interest from parties in China, Turkey, Switzerland, Austria and Spain.

Later, however, three of the bidders failed to make a final offer to take on the work, while the bid from the Spanish-based consortium of Acciona Concesiones and FCC, was excluded, for what the companies themselves claimed were “absurd reasons”.

The consortium of China Communications Construction Company (CCCC) and Istanbul-based Makyol now stands as the only remaining bidder on the Valea Prahovei Highway project, set to run from Ploiesti to Brasov in the central southern region of the country.

The consortium’s bid was made on the understanding that, should it win the project, it would fund the work itself, subsequently receiving annual payments from the Romanian government over a 24-year concession period, plus income from a toll charged at €6.30 per 100km.

The reluctance of the other consortiums to move forward on this basis, could be due to funding issues that have dogged the Romanian government’s roadbuilding undertakings in recent years.

In 2013, for example, the US engineering firm Bechtel quit a €2.8 billion project, on a road set to run from the Hungarian border to the capital Bucharest, following numerous disputes over non-payment.

In that case, the government ultimately paid around €1.5 billion (€100 billion of it as compensation and debt repayment), receiving in exchange just 52km of built road.