Demand for construction aggregates around the world is forecast to expand +2.9 % annually through 2013 to 28.7 billion tonnes according to the latest study from US-based research company, The Freedonia Group.

According to the company's report, World Construction Aggregates, this represents a significant moderation from the pace of the 2003 to 2008 period, reflecting a slowdown in worldwide economic and construction expenditure growth, due in part to the global recession.

However, the report said advances in the construction aggregates market through to 2013 will still be healthy.

More than 80% of all global growth generated between 2008 and 2013 will occur in the region the report added and China alone will account for almost three-fifths of all new aggregates demand.

The Africa/Middle East region and Eastern Europe are also projected to see solid growth in construction aggregates demand, spurred on by industrialisation and infrastructure construction, the report said. It added Turkey and Poland are expected to outperform their regional counterparts up until 2013.

However, demand in Latin America is forecast to remain relatively flat from 2008 and 2013 because of stagnant non-building and non-residential building construction expenditure.

Growth in the developed parts of the world - the US, Canada, Japan, Western Europe and Australia - will not be as strong as in most emerging markets.

The report said a slowdown in economic activity will cause construction spending in many of these nations to grow at a much slower pace than during the 2003 to 2008 period (the US is an exception), limiting demand for construction aggregates.

However, several countries will still experience a substantial increase in aggregates sales through 2013, including Taiwan, South Korea, the Netherlands and the US, because of gains in residential construction spending. 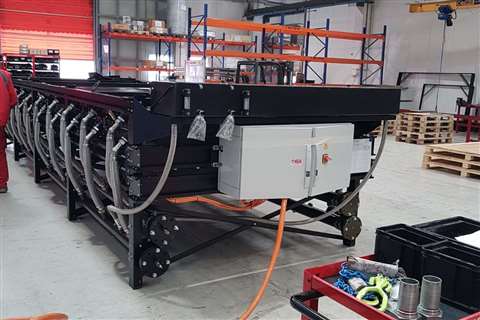