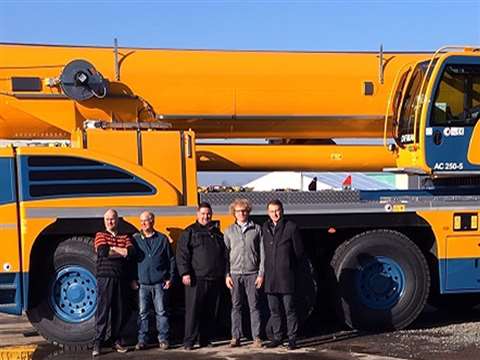 Polish crane rental company Corleonis has added to its fleet with the purchase of a Demag AC 250-5 all terrain crane made by Terex Cranes.

According to Marek Ertel, manager of the hydraulic cranes department at Corleonis, “the flexible reach of the 70 metre main boom, as well as the maximum system length of 102 metres, was simply ideal for us, especially when we're erecting tower cranes.”