Finnish-headquartered rental company Cramo received the Award of Excellence at the Accolade Festival in California, for its corporate video. 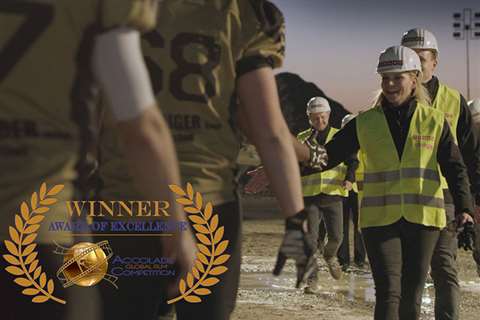 Titled ‘It’s the people around us who make us what we are’, the video was celebrated as a strong representation for team work, hence its inclusion of Feldkirchen Lions Football Club in the picture.

The film was produced by Klaus Naumann, Naumann Film, the German production company.

To watch the video, visit https://www.cramogroup.com/en/cramo-people/