The European Demolition Association (EDA) has announced that its next major event, the Demolition & Decontamination Annual Convention 2018, will take place from June 7 to 9 in Vienna, Austria. 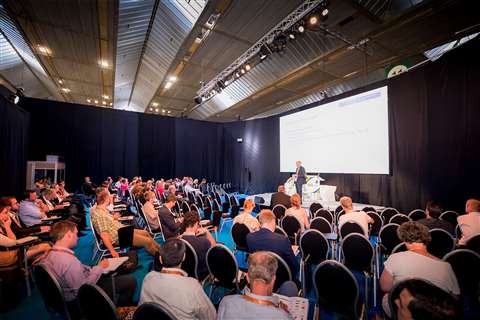 Further information will be provided in the following weeks.

It follows this year’s DDR Forum & Expo 2017 which took place in Brussels, Belgium and gave professionals from different trades the opportunity to meet and discuss the Circular Economy.

Stakeholders from different European institutions – associations, federations and the European Commission – took part as speakers and panellists in the conference sessions.

Highlights included EDA president William Sinclair welcoming attendees to the event on the first day while the president of the National Demolition Association in the United States (NDA), Scott Knightly, also spoke to the audience.

On day two, EDA company member Caterpillar led a session called the “equipment innovation conference”, while other presentations included “The construction and demolition waste assessment”, “Standards and best practices for demolition” and “Hazardous waste and carcinogens in C&D”.

On Friday, it was the turn of the European Commission, with the participation of Vincent Basuyau from DG Growth in the presentation called “The construction and demolition waste management”; his colleague Roman Horváth in “Attracting workers to the sector”, and the member of the DG Environment, Gunther Wolff, during the session “Update of the Waste Framework Directive”.

The conference was closed by Kestutis Sadauskas, director of the DG Environmental.