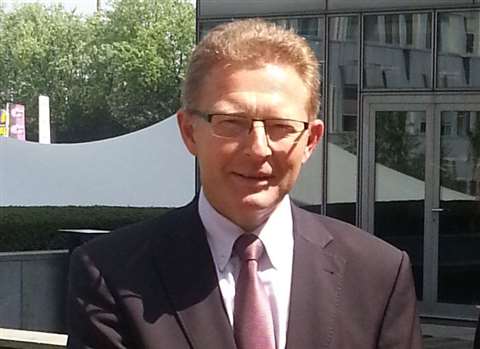 A five-point manifesto on the successful digital transformation of the construction and the agricultural machinery industries has been delivered to EU institutions by the presidents of CECE (the Committee for European Construction Equipment) and CEMA (the European Agricultural Machinery Association), at their joint political summit in Brussels, Belgium.

The manifesto from the two industries is said to underline that when it comes to mastering the transition towards higher-value digitised machines and processes, EU legislation has a prominent role to play.

In fact, a vote at the summit showed that 54% of delegates felt that action on digital skills to avoid a skills gap in the future was an EU-wide problem. When asked if the EU should play a stronger role in encouraging take up of digital technology, 46% said “probably”, and 31% said “definitely”.

CECE said that digital technologies were set to transform the two industries and products in the years ahead and would reshape the value chains they service.

For manufacturers and customers alike, this means considerable change, challenges and opportunities, it added.

CECE president Eric Lepine said, “We need a smart regulatory framework that helps to unlock the full potential of the digital economy.”

The manifesto, which was presented to MEPs Dr Peter Jahr and Dominique Riquet, explained what this could mean in practice. CECE said that a smart regulation would, for example, make sure that relevant EU regulation recognised virtual testing of machines so it could replace, reduce and refine conventional tests in the future.

Also the current requirement that a human needs to be in control of a vehicle at all times may need to be reviewed, said CECE.

It said the digital economy needed a harmonised, European approach to achieve a high degree of interoperability and compatibility of digital technologies and systems. Users and manufacturers should have a reliable, secure and trustworthy cyberspace, it added.

In line with this, it called for European approaches to establish clear and appropriate rules governing questions such as the ownership, management and exploitation of digital data flows, and the role and function of cloud-based platforms in the digital economy.

Also, it said EU programmes such as the European Investment Plan had a role to play in supporting competitiveness and the uptake of innovation in the areas of construction.

“An adequate broadband infrastructure across the entire EU is also an essential precondition for a successful digital transformation,” said CECE.

It felt that the digital transformation would trigger a growing demand for highly skilled workers. The industry claims that digital skills should be integrated more strongly into educational curricula and ongoing skill development programmes in relation to manufacturing, engineering, and construction.

“To tackle the estimated shortage of ICT professionals in Europe in the coming years, Member States should work to establish mutual recognition of ICT qualifications across the EU and promote cross-border mobility,” said CECE.

Riquet, who is chairman of the Intergroup for Long-term Infrastructure Investment, said, “As legislators, whose main objective is to restore growth, we need to help the equipment sector be more competitive, by encouraging innovation and facilitating SMEs’ (small and medium-sized enterprises) access to finance.

“But our action should also target the sector's clients and aim at setting clear and modern yet stable rules.”

Wolfgang Burget, managing director of Liebherr EMtec and chairman of the CECE high-level technical policy advisory group, said, “We still experience too often that different sets of regulations are inconsistent or contradict each other.”

Burget cited emissions legislation as an example, where the EU sets harmonised exhaust limits for machines, but local authorities can opt to introduce additional measures.

“This goes against the principles of the internal market. The EU should turn words into deeds and adopt a more holistic approach when designing new policy,” he said.

As a special part of the programme of the summit, a select group of young engineers showcased a number of innovative industry projects, showing what the future of the sector will look like.