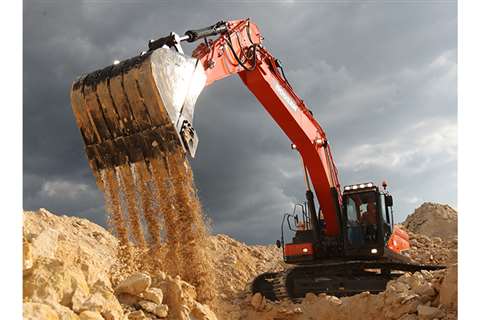 Organised by US specialist data firm EquipmentWatch, the awards consist of 15 different categories of machine and winners chosen according to lowest cost of ownership over a five-year span. The LCO Awards are based on empirical data regarding the long-term cost of heavy and compact equipment.

The manufacturer said the cost of ownership was one of the most important aspects buyers consider when purchasing equipment, and that its DX300LC-5 shows why its equipment is always rated highly for great performance and value-for-money.

The DX300LC-5 is powered by a six-cylinder diesel engine and, with an output of 202kW at 1800rpm, provides a 27% increase in engine power and a 30% boost in torque over the previous LC-3 model. The company said the machine’s features, which include Doosan’s smart power control system and auto shut-off function, help to lower fuel consumption.