Earthquake recovery to get US$3 billion in aid 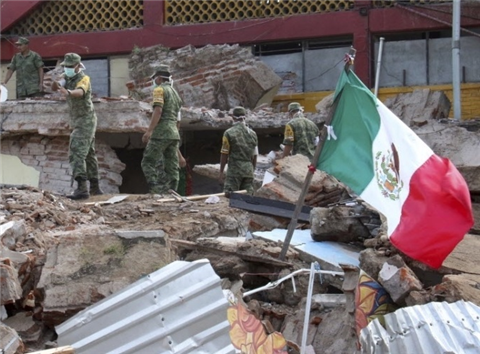 The government of Mexico has announced funding in excess of MEX54.2 billion (US$3 billion) for reconstruction work after two earthquakes, on 7 and 19 September.

It was said that the money for rebuilding homes and infrastructure would come from at least five public funds.

Most significantly, the Fund for Municipal Social Infrastructure will contribute about MXN27 billion ($1.5 billion).

Then there is the Reconstruction Fund, which will offer MEX7 billion ($385 million), and the Fund for Repairing Schools, which will contribute MEX1.8 billion ($99 million).

These resources provided by Mexico’s National Disaster Fund (FONDEN) could be supplemented by a $150 million bonus from the World Bank, which is due to be authorised by the middle of October.

In addition to this, two insurance policies of the municipality Puebla could add a further $17 million.