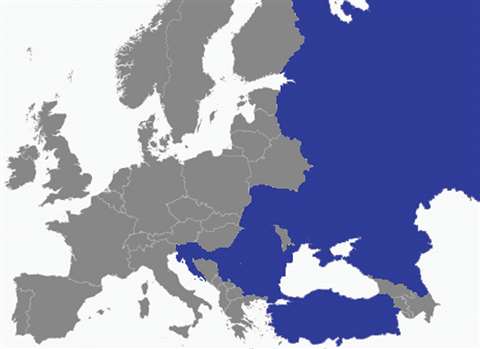 A 1.5% fall in the construction market in the eight countries which make up the EECFA – the construction forecasting research co-operation of national research institutions in Bulgaria, Croatia, Romania, Russia, Slovenia, Serbia, Turkey and Ukraine – is being predicted, but the EECFA said that its forecast was less pessimistic than it was six months ago.

It said that in the EECFA area, the outlook for the total market remained almost unchanged for 2016.

Russia, it said, was contributing most to the negative expectation, while no further expansion was foreseen for Turkey in the next year. The eastern and western Balkan countries’ development path in building construction was said to be quite similar, and the outlook for these countries was positive, it said.

In the four EU member countries (Bulgaria, Croatia, Romania and Slovenia), EECFA said that construction seemed to be bottoming out, with growth recurring in 2017.

There were said to be two patterns of development. First, in Romania and Croatia – where it has already been seen in 2015 – total construction output was expected to see growth, and to continue to increase substantially in 2016 and 2017.

Second, it said Bulgaria and Slovenia were set to see a decrease in construction output growth this year, with a further drop in 2016. It added, however, that both countries should experience a big hike in 2017.

Growth is also predicted to be coming back to the EU candidate country of Serbia, with positive rates in construction in 2015 followed by expansion in 2016 and 2017.

The group’s construction markets outside the EU (Russia, Turkey and Ukraine) were all projected to witness negative growth rates this year (-5.2% for Russia, -1.4% for Turkey, and -13.8% for Ukraine).

In Russia, the reason was said to be a drastic slump in all building segments caused by the worsening external-economic environment, decreasing oil prices and western sanctions.

Turkey has seen a drop in both non-residential and civil engineering, and EECFA said that residential would not see much growth because of political uncertainties.

The bad performance in Ukraine was said to derive from drops in non-residential and civil-engineering, affected by the shocks in the economy, the high budgetary debt, investment deficit and the forced militarisation.

EECFA said that growth should return to all three construction markets in 2017.

The forecasts follow the 80th Euroconstruct conference, which was organised by Buildecon and held in Budapest, Hungary, in December 2015.