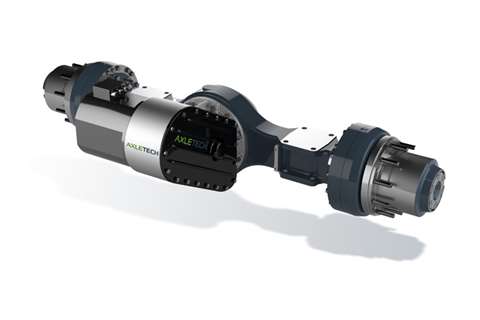 AxleTech has launched its new AFE Series e-axle, a line of electric powertrain systems for off-highway and speciality applications, at Bauma, and it said that this was the first of several electric powertrain solutions the company was launching for the commercial vehicle industry.

The AFE Series electric e-axle features a new modular eCarrier system and integrates interchangeable water/glycol cooled motors and a single-speed, 2-speed or 4-speed gearbox into a system that is designed to fit existing vehicle configurations and displaces the traditional powertrain.

Bill Gryzenia, CEO of AxleTech, said, “The commercial vehicle industry is becoming electric faster than any other, and AxleTech is proud to lead the electrification of powertrains with this off-highway and speciality vehicle series solution. 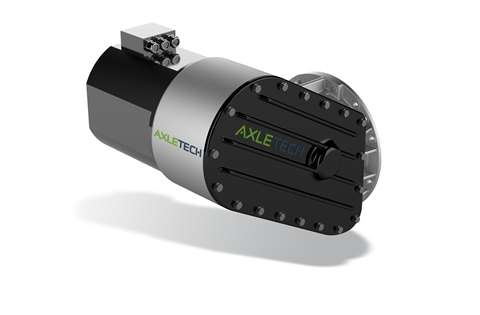 It claims motor continuous power of 200kW, and peak motor power of 290kW. The AFE e-axles are also said to be engineered to handle 100% regenerative braking.

AxleTech said the system’s high torque with manageable power was aided by the company’s new modular eCarrier system, which provided high efficiency by using the electric motors at their optimal operating level.

The new eCarrier system replaces the existing conventional carrier on many AxleTech axle models, including the 120, 145, 160, and 180 Series, as well as traditional, industry-standard carriers.

The AFE e-axles are designed to fit existing vehicle configurations for easy installation and are retrofittable on all makes and models of axles, said AxleTech.