End of the line for Seal Sands 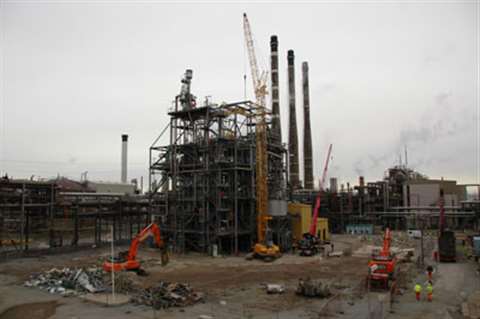 The BASF Adiponitrile plant and associated gasification plant at Seal Sands, Teeside, will be completely cleared by June 2009

UK contractor J Bryan Victoria Ltd has been contracted by the UK division of BASF to demolish two major chemical production facilities as part of the decommissioning of the BASF chemical plant at Seal Sands, Teeside as part of the closure of the plant, decided in May 2007.

Construction design management co-ordinator RVA Group was also brought in by BASF to oversee and project manage the removal of the 128,000 Adiponitrile production facility and its high pressure gasification plant. RVA also managed the contractor selection process that led to the appointment of J Bryan Victoria as lead demolition contractor.

The six month project, which commenced in January 2009, consists of the complete removal of all hazardous material, the demolition, dismantling and site clearance of the gasification and ADN plant, together with the removal of other facilities including utilities equipment, pipebridges, cables and process plant, much of which dates from the 1970s.