Four Enerpac Stage-Lift cylinders (type BALS2506E100), each with a capacity of up to 250 tonnes, were placed on hardwood outer cribbing blocks, which were stacked diagonally

After assembly, the bridge was lifted to the correct height for its final position using Enerpac's computer-controlled hydraulic Synchronous Lift System, which Wagenborg Nedlift invested in some time ago.

"The system works perfectly. We have already used it a number of times but, what was unique about this project, was that we had to lift the bottom of the bridge up to 5.1 m, whereas, the lift system's highest prop was 4.4 m," says Michel de Jong, Wagenborg Nedlift project leader.

Four 250 tonne capacity BLS2506E100 stage-lift double-acting cylinders, one under each corner, were used to lift the bridge. The BLS cylinders are designed for the lift and crib system and have integrated supports to make it easier to position underlying packing materials.

The four lift cylinders, with a total capacity of 1,000 tonnes, were placed on hardwood outer cribbing blocks, which were stacked diagonally layer for layer.

A new layer of outer cribbing blocks was placed at each 100 mm level. In this way, the bridge was lifted about 500 mm per hour. Finally, the construction rested on the four cribbing block towers, each about 4 m high.

Each cylinder was connected to its own hydraulic pump unit, which was controlled by computer using sensors. The computer software controlled the cylinder movements, independently of the measurements, by switching the hydraulic directional control valves. During this control, short impulses are sent to the valves in fractions of a second, so that individual cylinder movements are kept much smaller than is possible using manual control.

Not only does the Wagenborg Nedlift system save a considerable amount of time compared to manual lifting, says Enerpac, but, thanks to the synchronisation, virtually no internal stresses arise within the load. 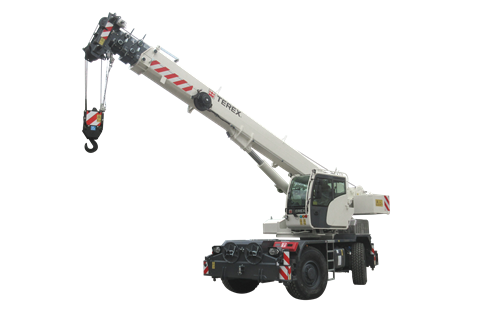