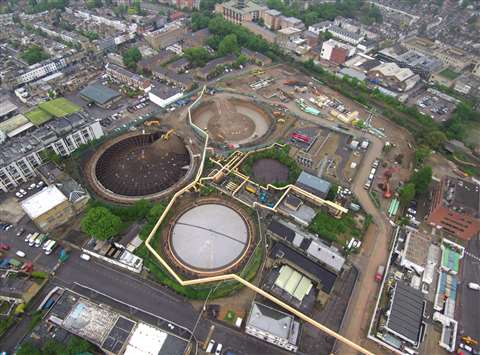 Erith Contractors has won the award for Best Infrastructure Project at the 2019 Brownfield Briefing Awards in London, United Kingdom (UK).

The Brownfield Briefing Awards, which were hosted by market consultancy Environmental Analyst, recognise best practice in the remediation sector by UK-based companies.

The award was jointly presented to Erith, alongside collaborators Atkins, Cadent Gas and National Grid Property Holdings, for the Fulham Former Gasworks project in the UK.

Part of larger redevelopment plans, the Fulham Former Gasworks is a large-scale project currently being carried out on the outskirts of London, UK.

When complete, the redevelopment will comprise over 1,800 news homes, a youth centre, commercial space and open public areas.

The principal contractor for demolition and remediation works on the Fulham Former Gasworks project, Erith, said that receiving the accolade was testament to its collaboration with clients, contractors and stakeholders.

A total of 14 awards and five commendations were given out at the award ceremony.