After nearly a lost decade, construction activity in Europe is “going better and better”, according to the new president of FIEC (the European Construction Industry Federation). 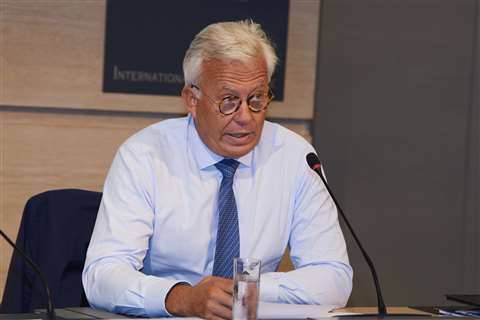 He said, “In 2017, an increase in activity was seen in all segments, even in civil engineering which is the most dependent on public investment.

“And 2018 will also show an overall increase in activity, although a bit less strong.”

FIEC figures showed that overall, EU total construction output amounted to €1,364 billion in 2017, which represents an increase of 3.5% compared to 2016.

Tonning said, “This is positive, but we have not yet reached the pre-crisis levels, except in the housebuilding segment.”

According to FIEC, behind the overall figure for the EU as a whole, disparities between Member States remained significant in some cases. In general terms, North Western European countries are still doing better than those in the South East of the continent.

A positive sign, however, was said to be that even those countries that were the hardest hit by the crisis were starting to see light at the end of the tunnel.

It added that the main driving forces in 2017 were clearly the new housebuilding segment, which was up 8.6%, and the private non-residential segment, which rose 2.8%, influenced by the overall economic recovery.

FIEC also said that “the very good news” was that a recovery started in civil engineering activity, at 2.8%, which it pointed out depended most on public investment. While it claimed this was certainly not the only driver, it said it was a sign that the investment policy launched under the Juncker Commission was starting to show effects.

In contrast, FIEC figures showed that the public non-residential segment’s recovery had remained timid, at a rise of just 0.4%.

It said that despite the overall decline in general government deficit, several Member States were still having to cope with the necessary budgetary consolidation measures which had often led to significant cuts in public investment.

FIEC said this was still having an impact on the sector, in particular when it came to building and maintaining public infrastructure.

Renovation and maintenance activity maintained relatively stable development before and throughout the crisis, it said, and this therefore had an important cushioning effect for the entire construction sector. FIEC felt this trend was expected to slow down in the near future – at 1.1% in 2017, and 0.8% in 2018 – as new construction was taking the lead again.

The latest figures from FIEC showed that the level of employment in the construction industry had increased in 2017 by 2.1%, but it said that it should not be forgotten that over the entire period of 2008 to 2014, the sector had lost more than 2 million jobs.

It said that against this backdrop, in several countries, the shortage in skilled labour was already being seen as an obstacle for the sector’s future growth.

Altogether, construction provides jobs for 14.5 million people, it pointed out, which represents 6.4% of Europe’s total employment. This rises to 43.6 million jobs when the indirect employment generated in related sectors is included, it added.

“All in all, the construction industry remains one of the major engines of Europe’s growth. It represents 8.9% of EU GDP (gross domestic product) and involves 3.1 million enterprises – the vast majority of which are SMEs (small and medium-sized enterprises).

Tonning said, “We advocate that there cannot be growth without investment. We therefore welcome the positive outcomes of the Investment Plan for Europe in terms of boosting both public and private investment, and we support very much the continuation of such investment policy during the next EU’s financial programming period (2021 to 2027).”

FIEC has also expressed its concern about Chinese state-owned enterprises (SOEs) and EU public procurement, and is looking for a level playing field in the matter.

“Considering that China excludes foreign contractors from domestically-financed tenders, and with respect to China’s overarching strategy, covering business, transport, science, education and society in the whole world, it is high time that the EU and the Member States developed strategies for defending the interests of their industries and citizens.”

Tonning gave what he described as “particularly striking examples”. He cited OBOR (One Belt One Road, also known as BRI, Belt & Road Initiative), and the meetings of China with Central and Eastern European Countries in the framework of China’s 16+1 initiative, in which bi-lateral relations are being fostered and financial dependencies created.

FIEC felt that contrary to China’s advertising of the BRI as a win-win situation for the whole world, it actually exported Chinese construction capacities overseas.

“In fact, OBOR/BRI can be considered as a kind of a Trojan horse”, said Tonning. He pointed out that for the European construction industry, the consequences were becoming increasingly visible, both in the EU Internal Market and on third country markets.

For example, the recent award of the EU-financed contract for the Pelješac bridge in Croatia to a consortium of Chinese SOEs was said to raise issues such as abnormally low tenders, distortion of competition by state aid, the use of EU funds and reciprocity.

The question of reciprocity was also said to be relevant in relation to third markets, as well as project financing, export credits and tied aid/loans.

“The EU Commission should investigate the project and the absence of a real check of this abnormally low tender by the Croatian authorities,” said Tonning.

For the European construction industry, FIEC and EIC (European International Contractors) are asking the European Commission and the co-legislators, the Parliament and Council, to take urgent action in order to create fair competition and a level playing field for European contractors, worldwide, as soon as possible.