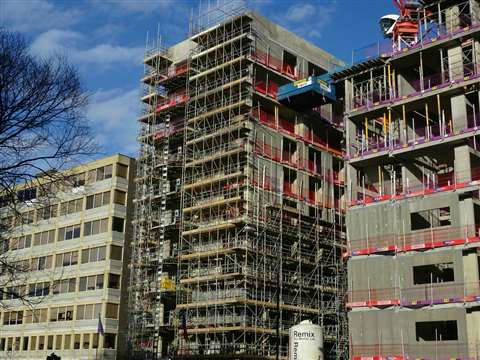 Growth in European construction is forecast to drop to -1.4% in 2020, according to the latest report from industry analysts at GlobalData.

The report follows decisions by many of Europe’s leading industrial nations to extend lockdown measures, to tackle the spread of Covid-19.

Worst hit by the pandemic will be Western Europe, which could contract by more than 5%, with GlobalData applying the caveat that things will almost certainly be worse if containment measures are further extended.

The situation in Eastern Europe is currently less severe, although it has been argued that the virus is yet to take hold in some countries in the region.

Moustafa Ali, Economist at GlobalData, said, “While the impact of the virus has so far been limited, the health situation is expected to deteriorate in the coming months. The major Eastern European construction markets are set for severe disruption in the first half of 2020.”

Italy and Spain, which have suffered almost 50,000 deaths between them, are now preparing to relax some of their lockdown measures.

In Spain, with more confirmed cases than any other European country, some construction work is now set to continue.

Prime minister Pedro Sanchez insisted “We are not entering a phase of de-escalation…the only thing that has come to an end is the two-week extreme economic hibernation period.”

In Turkey, another country hit hard by the virus, the squeeze on the construction sector (worth some 10% of its GDP) could not have come at a worse time for the already struggling economy.

Having initiated significantly lower fiscal support measures than other European states, it seems likely that the government will also delay some of the major infrastructure projects it had mooted prior to the Covid-19 outbreak.

In Germany, with over 150,000 confirmed cases of the virus, Chancellor Angela Merkel has maintained that construction should continue, calling it an “essential pillar of the domestic economy, which must be maintained”. With the Germany economy forecast to contract by 4.5% this year, the country will look to construction to help ease it out of recession in 2021.

In the UK, construction has been allowed to continue, although the government has stressed that social distancing must be maintained. The secretary of State for Business, Alok Sharma, recently sent an open letter to the industry, saying, ”…we know that for many people working in construction their job requires them to travel to their place of work, and they cancontinue to do so.”

Across Europe, the industry has been seeking firm guidance on when and how to reopen construction sites and recommence manufacturing operations within the construction arena.

Earlier this week, 15 leading European organisations representing the construction industry jointly called on EU member states to work together to support the industry’s creaking supply chain, as measures begin to be relaxed.

The group asked the EU to “…guarantee the circulation of construction products; equipment and provision of services…”

Domenico Campograde, FIEC’s director general, said, “Even in those countries where it is still possible to continue working, we have heard a lot of difficulties, from…lack of workforce…problems in the supply chain…and you have the problem of protective equipment, with, of course, priorities given to hospitals and sanitary institutions. A lot of companies have given their stock to hospitals.”