More than 120 Spanish rental managers met in Madrid in early March to discuss the continuing crisis in the country’s rental industry. There were no easy answers, as Nuria Martí, in Madrid, and Murray Pollok report.

No rental market in the world has had to endure what Spanish rental companies have gone through in the last five years. From a position as Europe’s second biggest rental market in 2007 with total revenues of €3 billion it now languishes at the bottom of the rental growth league.

The situation will get worse before it improves, with the European Rental Association (ERA) forecasting that rental revenues will fall by a further 5% this year before bottoming out in 2014 to revenues of around €1.3 billion.

“Spain’s rental sector is going through a time of uncertainty”, said Juan José Torres, president of ASEAMAC, speaking at the meeting, “Depots are full, machines don’t have enough work, and rental companies have to go to auctions. There is a very tough price war.”

If there is general agreement about the problems, there is no clear consensus on the way ahead, not even on whether Spain’s rental fleet has been downsized sufficiently, or whether more needs to be done. Certainly, Ritchie Bros and others continue to hold auctions in the country. (Ritchie’s 13-15 March auction near Madrid included 600 items of lifting equipment/aerial platforms and 700 general construction equipment lots.)

Fleets are certainly a lot smaller – the aerial platform stock is estimated to have fallen in size from 40000 to 20000 units, according to Antonio Casado, secretary general of aerial platform association ANAPAT. Even so, equipment is still not running at high utilisation rates.

“In late 2012, more than 50% of the original fleet was no longer active in Spain and much of what remains is idle”, said Gerd Schreier, managing director of the earthmoving division of Liebherr Iberica and president of ANDICOP, the Spanish association of importers and distributors of construction equipment, “Today we are working at only 10-20% of the [previous] total.”

For some, Spanish rental companies have not been quick enough to adapt to the new market conditions and have been slow to work together, with less focus on re-rentals than is found in other markets and a general resistance to forming alliances (such as that just announced by four major rental companies in Italy) or making full mergers.

This conservatism is reflected in the fact that, according to ASEAMAC’s Juan Torres, there have been no temporary ‘UTES’ (Unión Temporal De Empresas) partnerships between rental companies since the crisis began.

This problem of non-cooperation has been exacerbated by the fact that Spain’s rental market remains highly fragmented, a situation worsened by the number of small, new entrants moving in with low cost equipment acquired at auctions.

At the Madrid meeting the focus was on finding new strategies, whether that’s seeking work outside Spain, rebalancing business away from traditional construction markets, or improving the way that rental companies work with contractors.

José Castaño, director de machinery at Spanish contractor Ferrovial, said there was an opportunity for rental companies to follow Spanish contractors outside Spain; “The transfer of equipment is complicated so it is sometimes better for us to use local companies or firms that already have an international presence.

“The problem is that the rental service offered is not like what we get in Spain. So we try to use our contacts in Spain. There is an opportunity for manufacturers, distributors and rental companies to participate with us in our international projects."

Moving outside Spain may be an opportunity, but that doesn’t make it an easy thing to do. ANAPAT’s Antonio Casado, for example, said it had been rare for an ANAPAT member to succeed in external markets.

However, for Jorge Cuartero, director general of ANMOPYC, the association of Spanish equipment manufacturers, having an international strategy is key; “We have had almost six years of crisis and companies that have not internationalised are struggling to survive. To do this you have to be agile, adapt to markets and be innovate with products. Collaborating with contractors who have experience abroad is a great opportunity."

Michel Petitjean, representing the European Rental Association (ERA) at the meeting, warned that moving into new markets required financial strength; “You also have to be prepared and understand local markets - we have seen examples of companies making big mistakes by not understanding the local market."

He pointed out that South America – a natural region for Spanish companies to consider – although an opportunity, was no rental paradise, and noted that Brazilian rental companies were facing their own particular competitive challenges.

One Spanish company that moved outside Spain almost ten years ago is Axor Rental, which now operates in Spain, France, Poland and the Czech and Slovakian Republics. Ricardo Maguregui, Axor’s director general and vice president of ASEAMAC, said the company had studied potential new markets for two years before deciding to move in, and contrasted its long term approach with that taken by others; “The internationalisation that some Spanish companies have undertaken has been like taking an ‘aspirin’ for cancer.”

Inside Spain, one focus is on normalising an often difficult relationship between rental companies and contractors, with slow payment rates remaining a problem.

Mr Maguregui said Spain’s rental companies needed to take their share of responsibility for the current problems, particularly low prices, even if they were sometimes treated unfairly by customers; “We are working with rental prices that are below cost and each year prices are reduced. We have to improve our service and help our clients and be a link in a high quality supply chain…We need to fix the problems that we have caused.”

Price control technology can help impose pricing discipline, said ERA’s Michel Petitjean, and was helpful because there is always a tendency for salesmen to reduce prices. Equally, he emphasised the importance of rental companies forging closer relationships with contractors; “In the USA, UK and Scandinavia the major renters have reached agreements with contractors. We have to service these companies and focus on making sure that our customer service is good. Confrontation with contractors is the wrong path.”

Since 2007 the ratio of Spanish rental turnover against total construction output has remained constant at around 1%. This means that Spain’s rental sector is very reliant on construction, and probably too much, said Mr Petitjean, “If we can move from 70% downward by diversifying market segments I think it will be much better. In the US they have put strategies in place to reduce this dependency and they have succeeded.”

Finding positives in the Spanish market isn’t easy, although some at the meeting did their best. Mr Casado at ANAPAT described the future as promising; “Construction companies say they will tend to rent more. Rental has a future and aerial platform rental has a future.” He said rental companies had to help customers with health and safety regulations and view operator training as a revenue opportunity.

Juan Lazcano, president of Confederación Nacional de la Construcción (CNC), the major representative body for Spain’s construction industry, said Spain’s construction slump was recognised by the EU as a severe problem and that it would take action to help. He said there was scope for more public projects, including transport links to ports and rail freight projects; “This crisis cannot be solved without construction, and the unemployment problem in Spain will not recover without the construction sector."

Michel Petitjean said there were already some encouraging signs coming from the construction sector, with both Euroconstruct and Eurostat reporting that Spain’s construction market was the only one – along with Sweden - to see year-on-year growth in the final two months of 2012; “It seems that construction in Spain is on another path and stands above the rest of the EU...Something is happening in Spain". Whatever it is, let’s hope it continues.

While rental companies grapple with low prices and utilisation rates, manufacturers and distributors of new equipment in Spain continue to see a shrinking market.

Sales have been low for more than four years and last year saw no improvement, with shipments typically down by around 50% compared to 2011. In the case of backhoe loaders, the 118 units sold in 2012 compares to the almost 4000 sold in 2007.

The following figures are from ANDICOP, the Spanish association of distributors and importers of construction equipment. 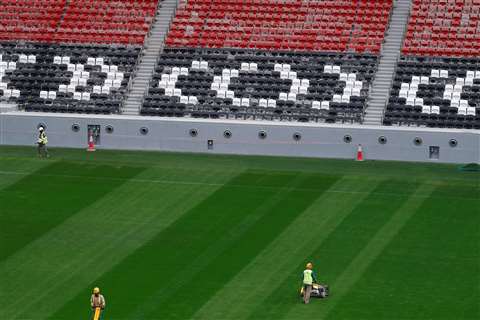