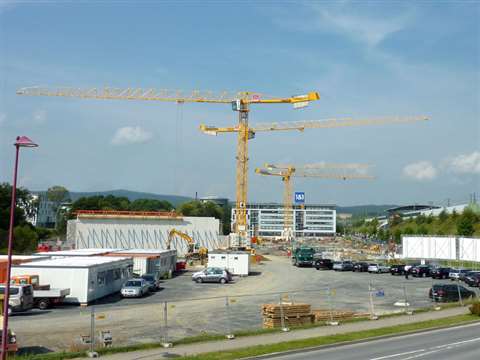 The tower cranes were rented from Nauheim-based rental company Hack. Tasks for the towers included lifting on average 22 tonnes of material a day, which increased to 66 tonnes a day at peak times. Most of the units lifted up to five load duty cycles per hour.

To support the cranes on site, reinforced foundations were created. Rigging was achieved with support from Potain riggers.

Mario Engelen, site manager at the Altenkirchen-based company, said, “We work with a wide variety of building materials and often with pre-fabricated components. During the entire construction cycle, crane capacities have to match these tasks and every individual lift process.”

The Westerwald Fashion Outlet is due to open in April 2015.